May 5, 2018 - Srinagar, Kashmir, India - Kashmir Muslim carry the body of Adil Ahmad Yadoo, a civilian killed after an Indian police vehicle ran him over, during his funeral on May 5, 2018 in Srinagar, the summer capital of Indian administered Kashmir, India. Three rebels were killed during a gun battle with Indian forces in Srinagar, while a boy was run over by a vehicle of Indian armed forces in the old city of the summer capital the disputed Himalayan region on Saturday. Two rebels have been identified as local commanders and the identity of the third slain militants was being ascertained, police said. The civilian who was run over has been identified as Adil Ahmed Yadoo. Police initially dismissed the incident as a road accident but was forced to order a probe after a video of a police vehicle mowing down the youth went viral on social media sites ..(Photo by Kabli Yawar/Nur Photo) (Credit Image: © Kabli Yawar/NurPhoto via ZUMA Press) 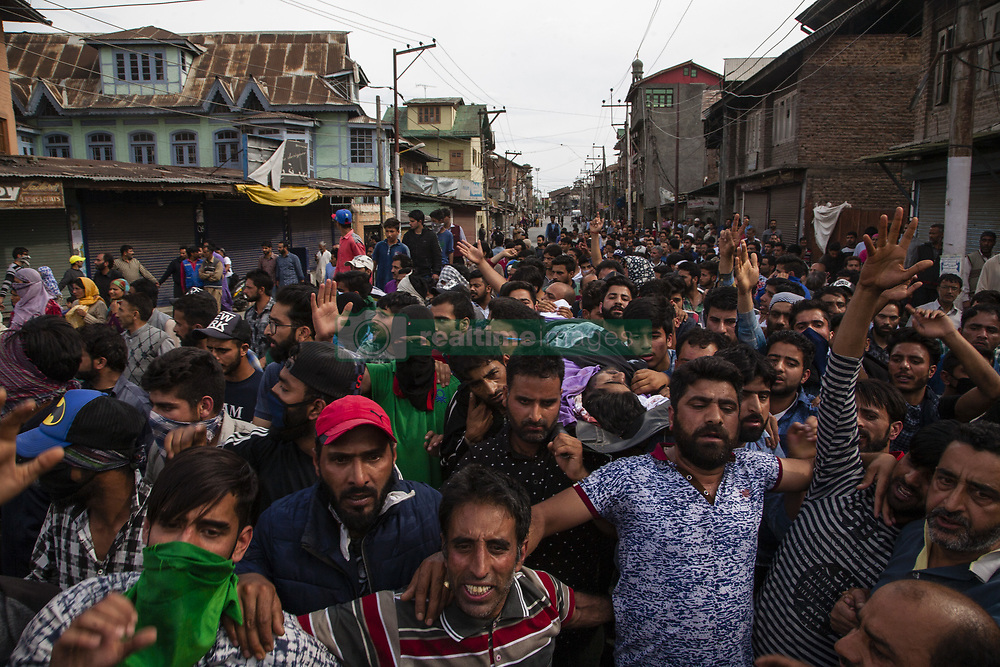