September 6, 2017 - Kathmandu, Nepal - Goddess 'Kumari' living goddess of Kathmandu walks towards chariot for the chariot pulling festival on the fourth day of Indra Jatra Festival celebrated at Basantapur Durbar Square, Kathmandu, Nepal on Wednesday, September 06, 2017. Devotees celebrated the god of rain 'Indra' for 8 days in Kathmandu. Indra Jatra is one of the important festivals of Nepal celebrating the end of the monsoon.The biggest festival when Kumari shows up in the public is in Indra Jatra. On the following day the chariot of Kumari, Bhairab and Ganesh pulled around the streets of Basantapur Durbar Square, Kathmandu, Nepal. the living goddess Kumari is taken out in a procession in a chariot. The festival continues for eight days during which time there is much rejoicing, dancing and feasting. (Credit Image: © Narayan Maharjan/NurPhoto via ZUMA Press) 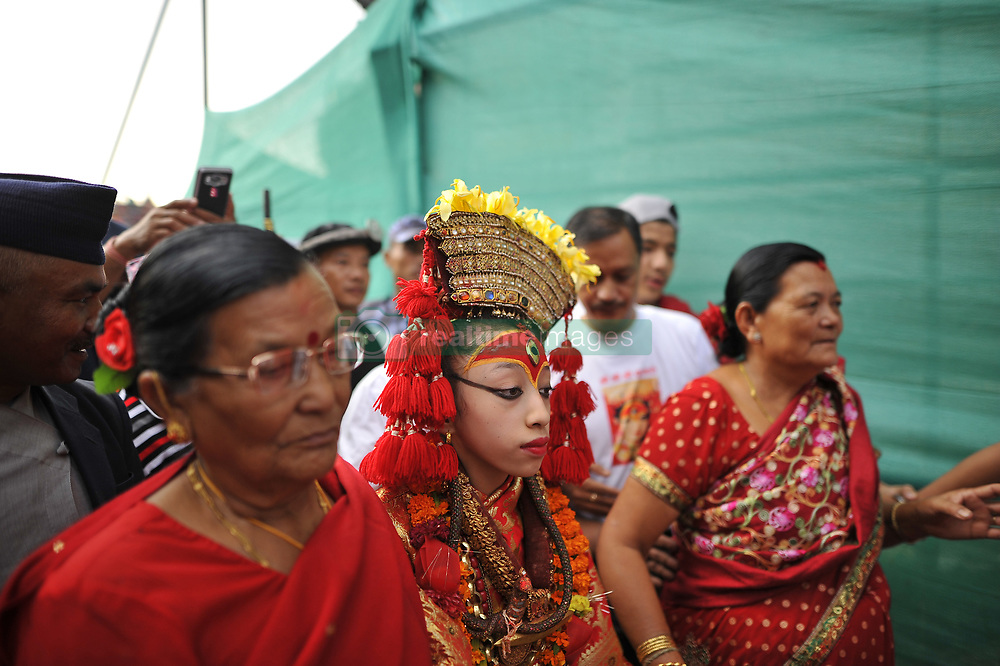