May 25, 2019 - Dortmund, Germany - The whole neonazi march walked over a flag of the European union. On May 25th the far right party Die Rechte held their final rally for the upcoming european election in Dortmund, Germany. Around 200 Neonazis joined the demonstration through Dortmund HÃ¶rde. Amongst them were activists from France, Hungary, Bulgaria and the Czech Republic. About 1000 people protested against the neonazis and a small group of antifascists tried to block the march with civil unrest. (Credit Image: © David Speier/NurPhoto via ZUMA Press) 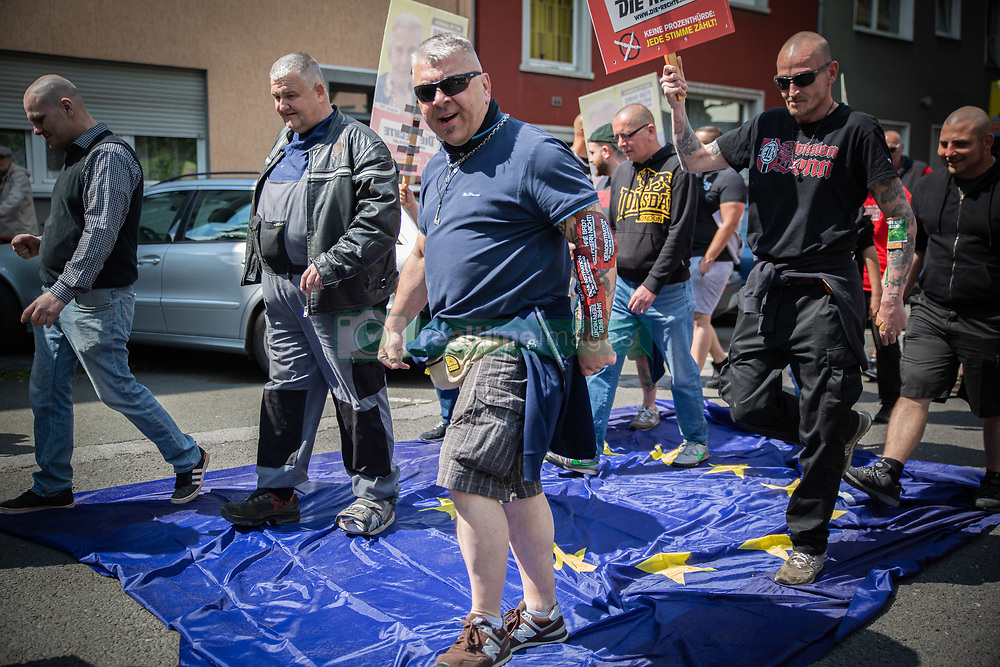