October 3, 2017 - Barcelona, Catalonia, Spain - Young women wrapped with Spanish flags and a man wrapped with a estelada or independentist flag take part together in a protest against Spanish police brutality in Barcelona. General strike day with massive demonstrations over Catalan territory to protest against brutality by police during a referendum on the region's secession from Spain that left near nine hundred of people injured. (Credit Image: © Jordi Boixareu via ZUMA Wire) 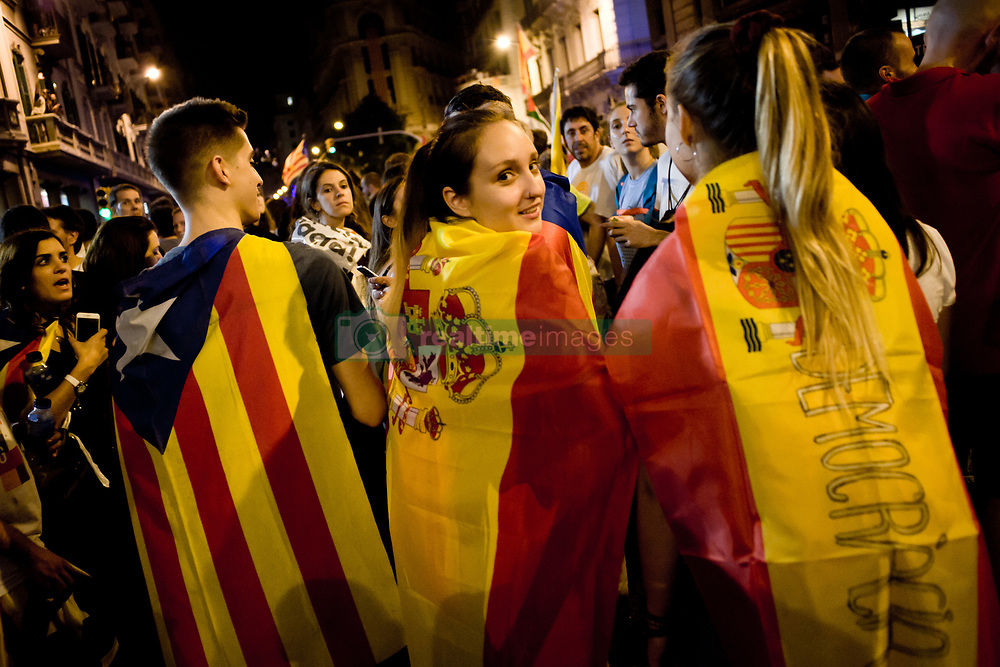