April 19, 2018 - Tokyo, Tokyo, Japan - Frank von Hippel is Senior Research Physicist and Professor of Public and International Affairs emeritus at Princeton University speaks during press conference about storing spent nuclear fuel in Japan at The Foreign Correspondant's Press Club ( FCCJ ) in Tokyo, April 19, 2018, Japan. Rather than storing spent nuclear fuel, Japan's policy has been to reprocess it to separate out the plutonium for re-use. This policy, which is unique among non-nuclear weapons states, has generated concerns from a variety of sources. Frank von Hippel, believes that Japan should be disposing of its plutonium rather than reprocessing it. These policies have particular implications for the Rokkasho plant under construction in Aomori Prefecture, long delayed but now expected to be completed by early 2022. (Credit Image: © Alessandro Di Ciommo/NurPhoto via ZUMA Press) 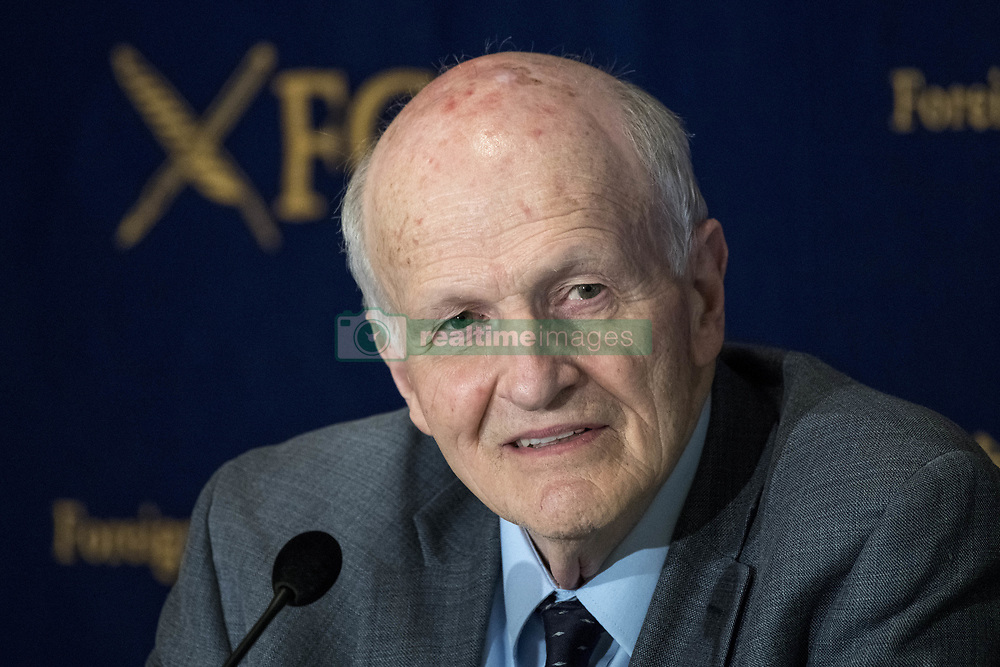