File photo dated 5/6/2014 of Queen Elizabeth II and the Duke of Edinburgh attend a garden party in Paris, hosted by Sir Peter Ricketts, Britain's Ambassador to France ahead of marking the 70th anniversary of the D-Day landings during World War II. The memorial service for the Duke will pay tribute to Philip's dedication to "family, Nation and Commonwealth", his contribution to public life and his steadfast support to his charities, Buckingham Palace has said. Issue date: Thursday March 24, 2022. 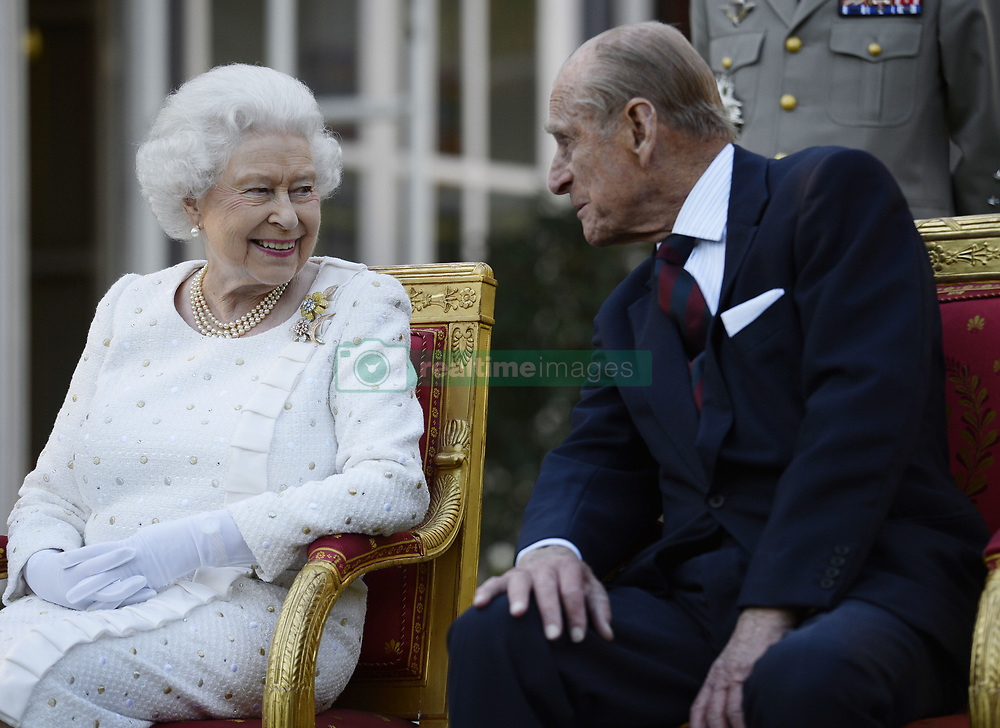