September 1, 2017 - inconnu - Britainâ€™s royal Navy has images what its submarine fleet may look like by the end of the century.And it consists of a range of vessels all inspired by ocean wildlife.Chiefs asked a team from UK engineering naval defence forum UKNEST to develop concepts.The manned and unmanned concept undersea vessels are intended to handle a variety of tasks in a future world experiencing intense competition between nations for ocean resources.Submarines may have become much more sophisticated but the basic design, construction, and missions have hardly changed in 40 years.The new tasks in the seas will be for aquaculture, mining, and industry in deep ocean areas.The Royal Navy asked UKNEST to come up with some ideas to explore how new technology can address new threats and protect British assets and freedom of navigation. The ideas bleeding-edge technology with simplified complex systems to produce more flexible and cheaper vessels.The main concept is the Nautilus 1000 mothership. Designed to look like a cross between a whale and a manta ray, the Nautilus is conceived as a command and control submarine as well as a weapons carrier. It would have an advanced autonomous systems and ''neuro-interfacing'' that would allow it to be controlled by thought.The submarine only needs a crew of about 20.Steering and depth control would use flexible wing-tips that can alter their shape like a living fish.A 3D-printed acrylic hull bonded to super-strong alloys would give the sub enough strength to withstand depths of over 1,000 metres/ (3,300 ft while providing more speed and stealth. The Nautilus would also a skin of nano-thin scales that are bonded with a material that allows them to be realigned to reduce drag and therefore noise, and absorb incoming sonar pings.For power, the Nautilus uses hybrid algae-electric propulsion in cruise mode, with a large-scale tunnel drive using bladeless fans that force through water like a smooth jet. Where more speed is ne 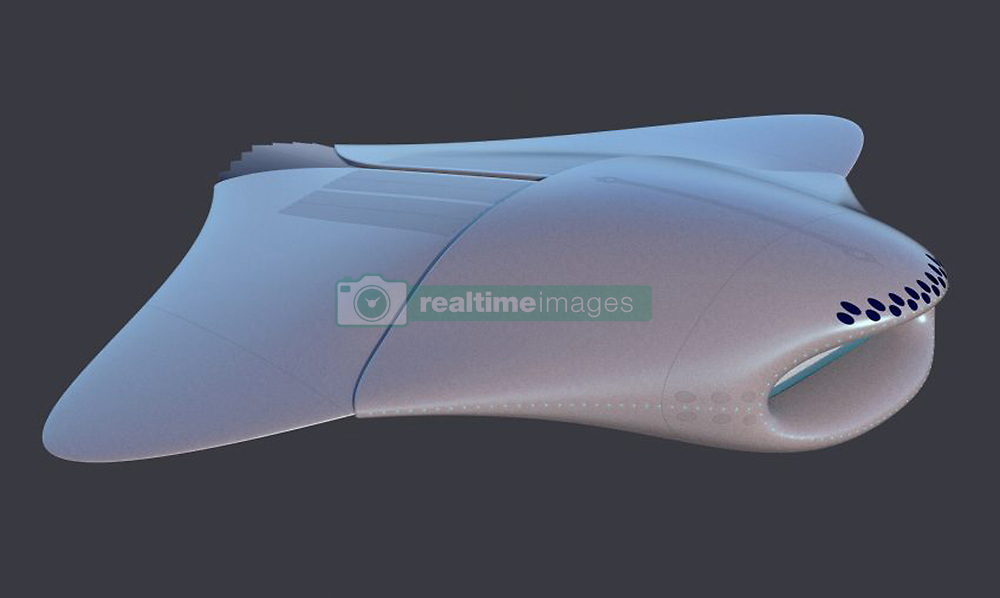