August 16, 2017 - London, London, UK - Workmen in a crane outside the Grenfell residential tower block in West London are seen wrapping the tower with a cling film type material. The tower was engulfed by a fire two months ago causing at least 80 deaths and over 70 injuries. Up to 200 survivors are still living in hotels and have resorted to searching for new homes themselves out of frustration at the council's rehousing efforts. (Credit Image: © Ray Tang via ZUMA Wire) 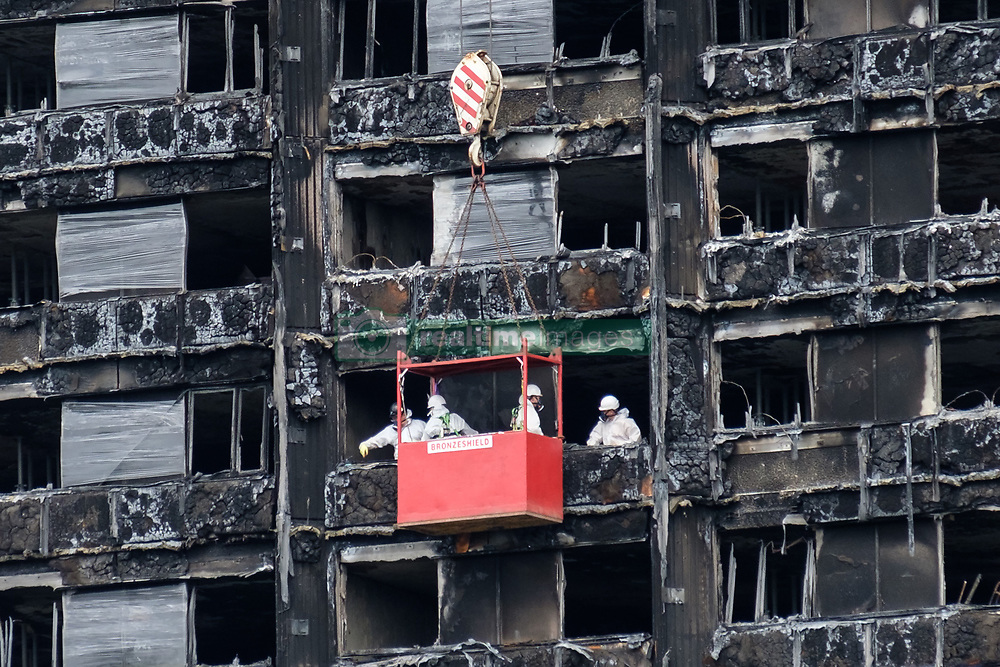