August 17, 2017 - inconnu - It looks like something out of a Hollywood sci-fi blockbuster. But the worlds first ever 3D hologram table is no product of a special effects department.It has been created by a tech company in AustraliaMaker Euclideon has built a working prototype and are now looking for investors.Up to four people can walk around a holographic image and interact with it wearing only a small set of glasses.It's set to go on sale in 2018 is all goes well..Hologram tables has been featuring in science fiction films for years including the Star Wars series.Past attempts to make them a reality have stalled because the holograms were computer-generated stereo images, similar to those created for a 3D movie. Using this technology, a group of people standing around the table all see the same perspective.The image does not change as they move around the table so breaking the illusion.But boffins at Euclideon, based just outside Brisbane, say they have created a table where users move around and see what ever is projected in a changing perspective.Euclideon's multi-user hologram table can give up to four users at a time the experience of looking at a hologram that they can walk around and interact with, without the need for bulky augmented reality headgear.The firmâ€™s table only requires users to use a small pair of motion-trackable sunglasses, very similar to a pair of 3D movie glasses.The table is able to track the position of each of eye of anyone wearing the glasses.It then builds a custom image for each eye. Up to eight separate images can be sorted out from what looks to the naked eye like a jumble of coloured light.This lets users view holograms l the way they are depicted in films such as Star Wars .Using the companyâ€™s own software processing developed originally for gamers called UD, gigantic city maps or CAD renders can be presented quickly and in detail..That would make the hologram tables ideal boardroom presentation tools.It could also b 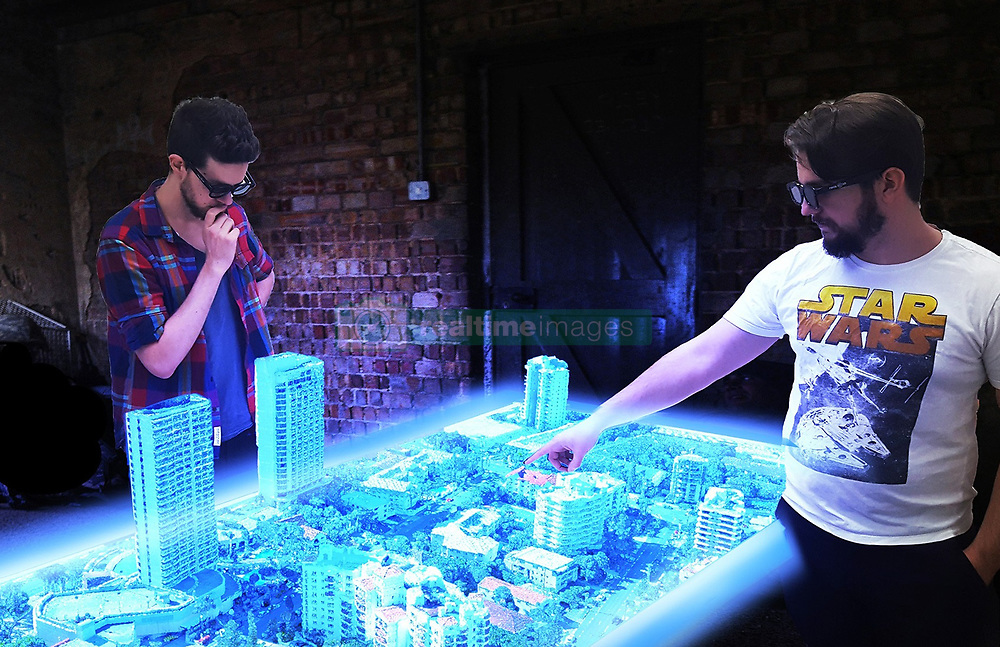