August 2, 2017 - Minneapolis, Minnesota, U.S. - School president DONNA HARRIS hugs ninth-grader ALEXIS STANLEY as she arrives at a prayer service at the Minnehaha Academy Lower School. Earlier in the morning there was an explosion that killed one, injured at least nine, and one person is still missing. ''It's such a community,'' Stanley said. ''It is a family. You just have to be there for each other.' (Credit Image: © Renee Jones Schneider/TNS via ZUMA Wire) 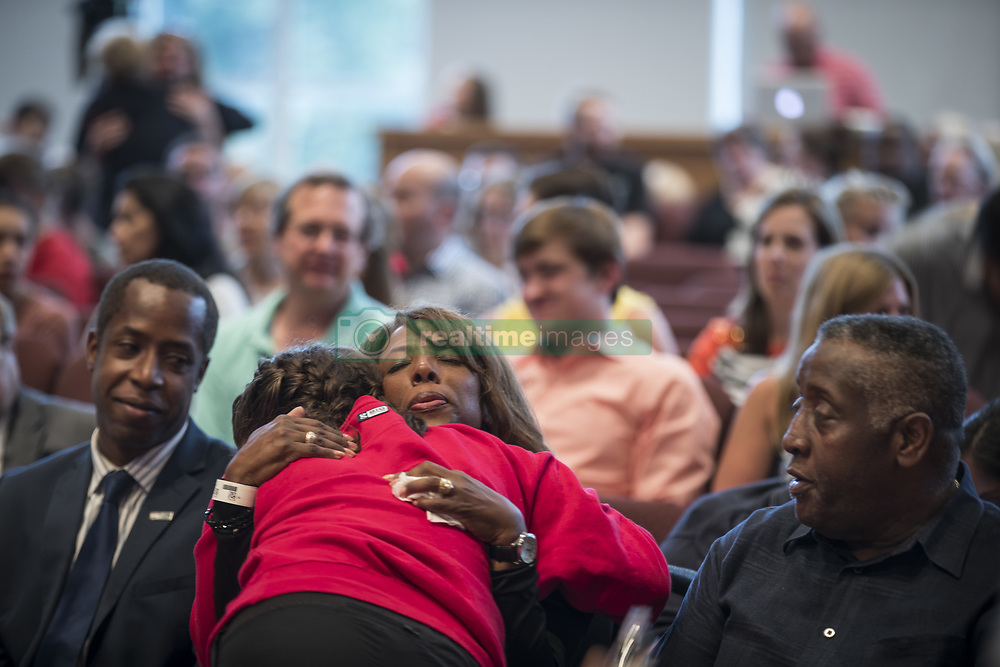