August 17, 2017 - Thessaloniki, Greece - Refugees are protesting in Diavata Camp (Former Anagnostopoulou military camp), in Thessaloniki, Greece, on August 17, 2017. They blocked the entrance and rushed out all the government and ngo employees including army and police. Refugees and migrants are from Syria, Iran, Afghanistan, Pakistan and Kurdish in this camp. They are protesting because in the transformed house containers that they live, more people will come. The camp hosts about 350 people with AC, kitchen, WC in each container and the number of the guests can be expanded at least for more 20%. The government is bringing , actually relocation from camps in bad conditions from the islands, 27 people by bus to this camp. Each container house can host 6 people. For the moment in most of the houses live 4 people. Refugees even denied to reunite their families that hold two containers. The ministry arranged a few empty containers but refugees and migrants still keep protesting. Other demands from the refugees are to leave the camp and live in house, relocate to European countries like Germany and organize a school in the camp for little children. Local authorities and police are blocked outside of the camp. The temperature in the camp is about 36Â°C right now and they still stay outside. (Credit Image: © Nicolas Economou/NurPhoto via ZUMA Press) 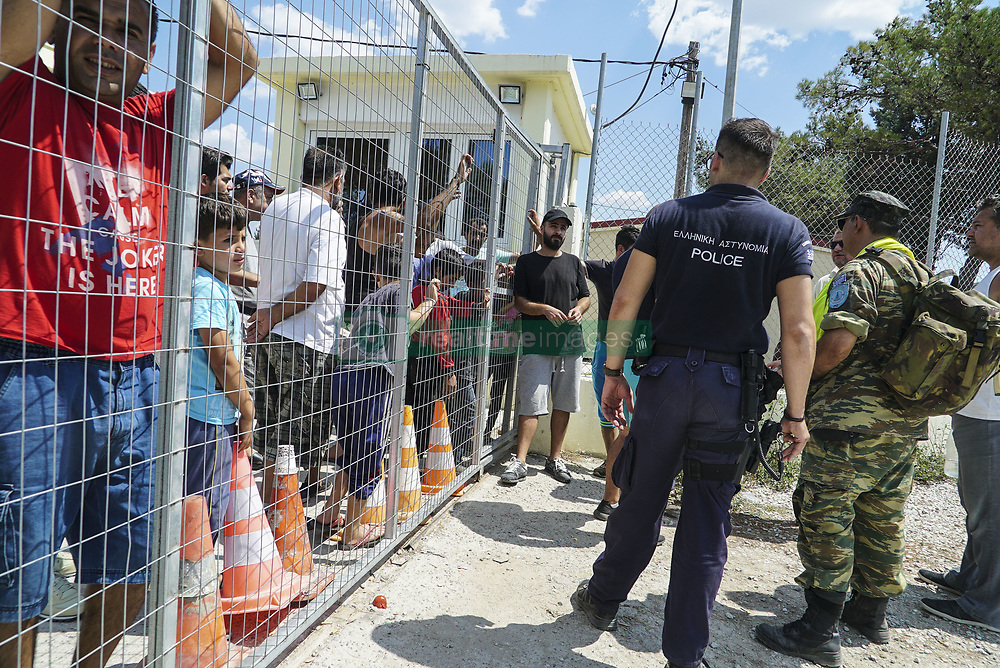