June 22, 2017 - Athens, Greece - Protesters suffer the effects of tear gas after municipal workers tried to enter the Greek Parliament during a protest march organized by the Federation of workers in municipalities in Athens on June 22, 2017. The POE-OTA union is holding a 24-hour strike and organized the march to protest staff shortages that have resulted from the expiry of hundreds of short-term contracts. (Credit Image: © Panayotis Tzamaros/NurPhoto via ZUMA Press) 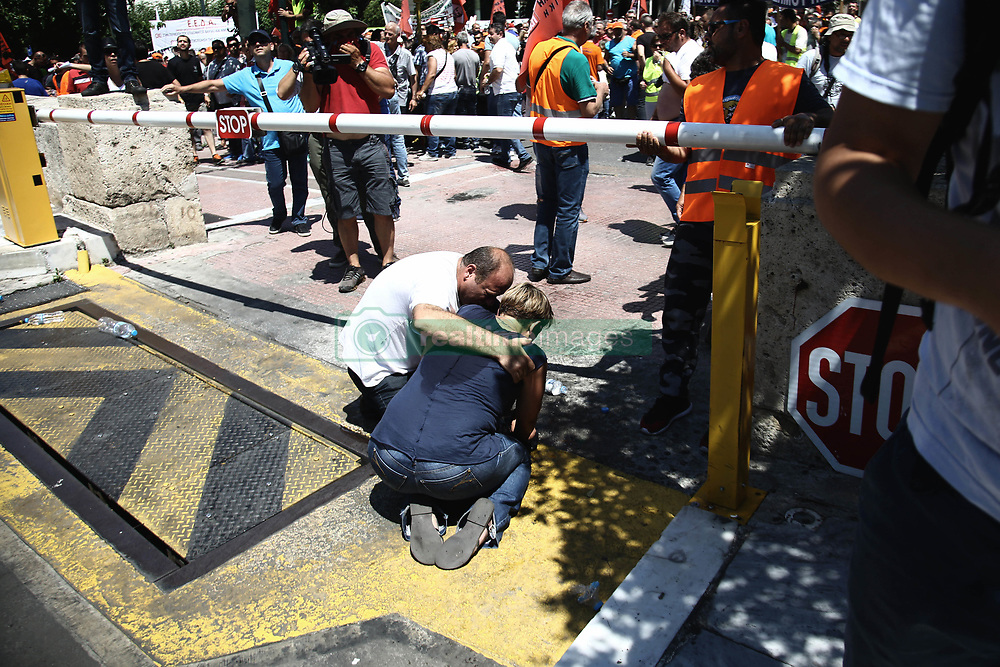