April 27, 2018 - Rome, Italy, Italy - Rome, Piazza di Spagna. Spanish women are protesting in Rome against the sentence that acquitted five men in Spain from sexual assault in Spain, who raped an eighteen-year-old girl in Pamplona in June 2016. For the judges of the court of Pamplona it was only ''abuse'' and not sexual violence. A wave of indignation arose in Spain after the ruling and feminist marches have crossed the streets of hundreds of cities in the country. (Credit Image: © Patrizia Cortellessa/Pacific Press via ZUMA Wire) 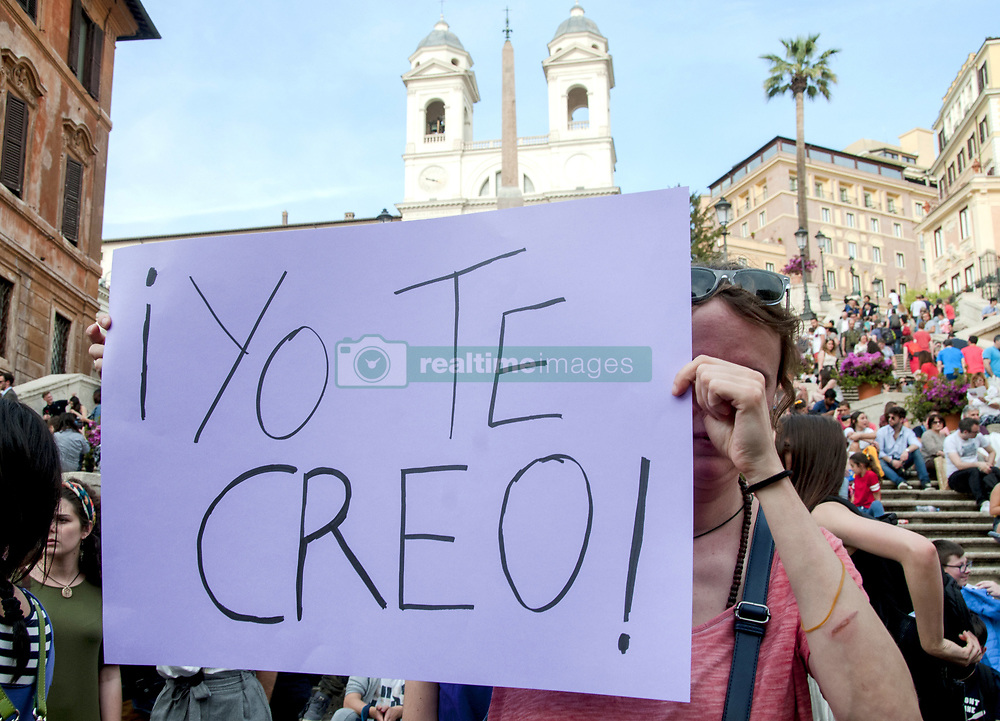