May 19, 2017 - Munich, Bavaria, Germany - Despite cancelling a registered Friday prayer session at Munich's Marienplatz, Muslims assembled and then walked to the St. Michael Church nearby for their Friday prayers. The original demonstration was cancelled due to ''security concerns'' after radical-right figures began making posts on social networking regarding a counter-action. At least three members of the III. Weg militant neo-nazi terror group, as well as Golden Dawn were in attendance, with at least two members of Pegida. The original purpose of the demonstration was organized by Massi Popal to bring light to the inner city no longer having prayer spaces for muslims. Furthermore, a reporter from Sueddeutsche Zeitung created a disturbance within the church after demanding to be allowed to photograph in the hall and being denied by the church management and the Staatsschutz (police). He was then escorted out while yelling by the Staatsschutz. Police speakers report that he threatened police with a criminal complaint, despite the fact that the Church operator asked for him to leave. (Credit Image: © Sachelle Babbar via ZUMA Wire) 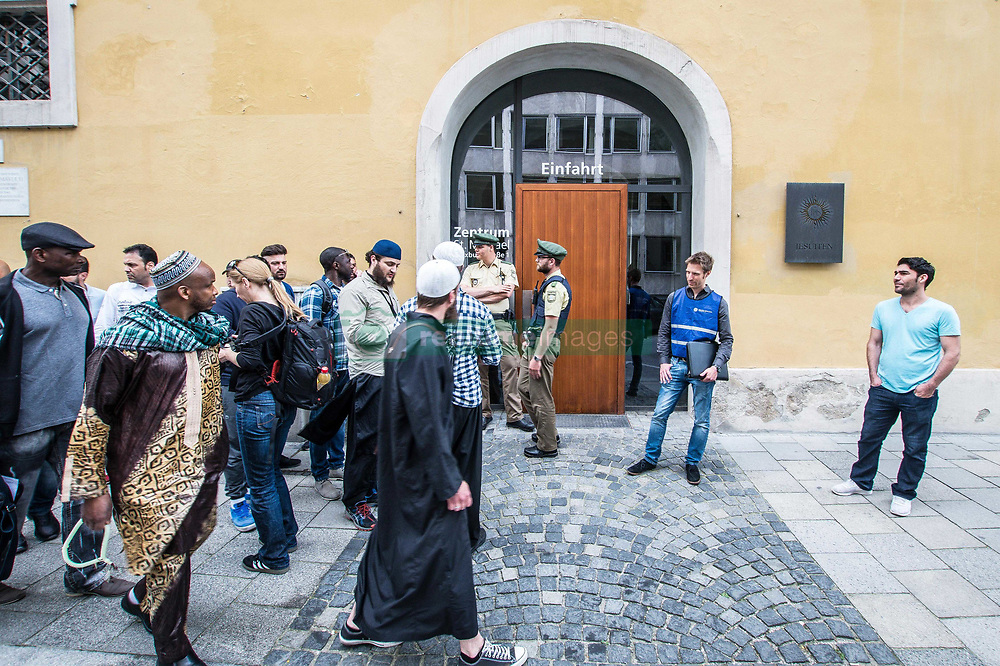