April 13, 2018 - Incheon, SOUTH KOREA - April 13, 2018-Incheon, South Korea-A chemical processing plant west of Seoul has caught fire, blanketing the area with thick, dark smoke and potentially leaking toxic substances, firefighters said Friday. No casualties have been reported. The blaze started at around 11:50 a.m. in a chemical recyling factory in Incheon. A witness made the call to the emergency services saying ''pillars of dark smoke are surging'' from the plant. No reports of casualties from the factory have been made, authorities said. One fireman suffered an injury to his ankle and a fire truck has been gutted by fire after it caught flame. Fire authorities have mobilized all available forces, including 430 firefighters and 80 vehicles, in the area and are working to put out the blaze. They also issued a third-phase warning, the highest level of alert. But the thick and toxic fumes are hindering them making their way into the factory, the authorities said. The authorities have evacuated about 300 workers from nearby buildings. The firefighters said they are figuring out how many people were inside the factory before the fire broke out. The industrial complex to which the factory belongs houses nine companies, mostly dealing with oil waste processing. (Credit Image: © Ryu Seung-Il via ZUMA Wire) 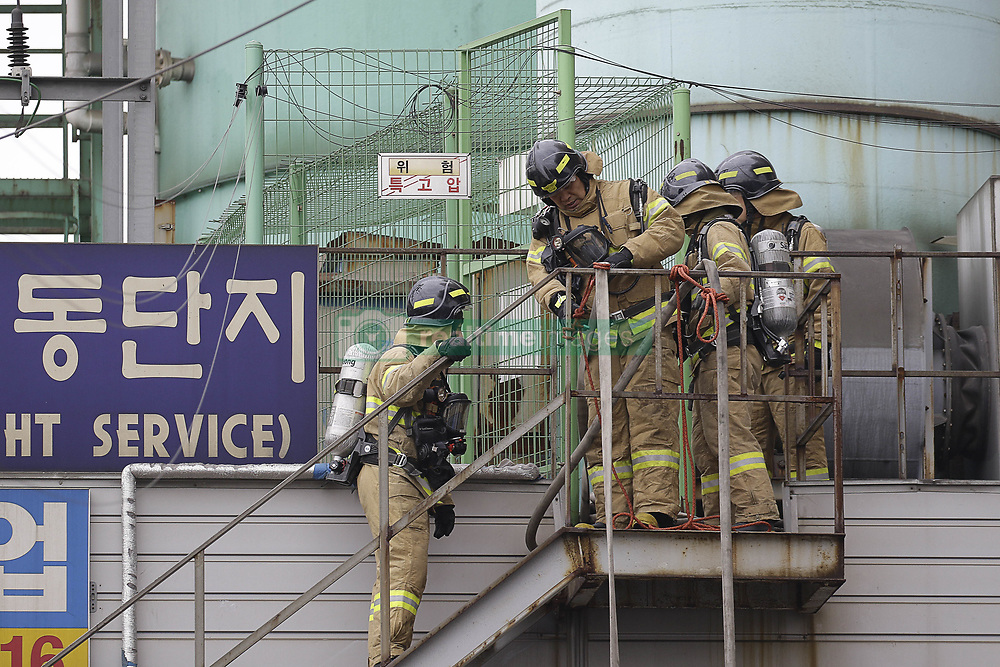