June 24, 2017 - London, UK - London, UK. 24th September 2017. Two of the around 40 EDL protesters get their flag ready outside the Wetherspoons pub on Whitehall. Later police escorted them to Charing Cross and down a backstreet to the Embankment where they were to hold a rally. Earlier police had moved several hundred anti-fascist counter-protesters organised by UAF from their route down to a separate area of the Embankment a short distance away where they continued to protest noisily against the EDL until the police escorted them back to Charing Cross station. Both EDL and UAF had conditions for their protests imposed on them under Section 12 and 14 of the Public Order Act, 1986, due to concerns of serious public disorder, and disruption to the community. Peter Marshall ImagesLive (Credit Image: © Peter Marshall/ImagesLive via ZUMA Wire) 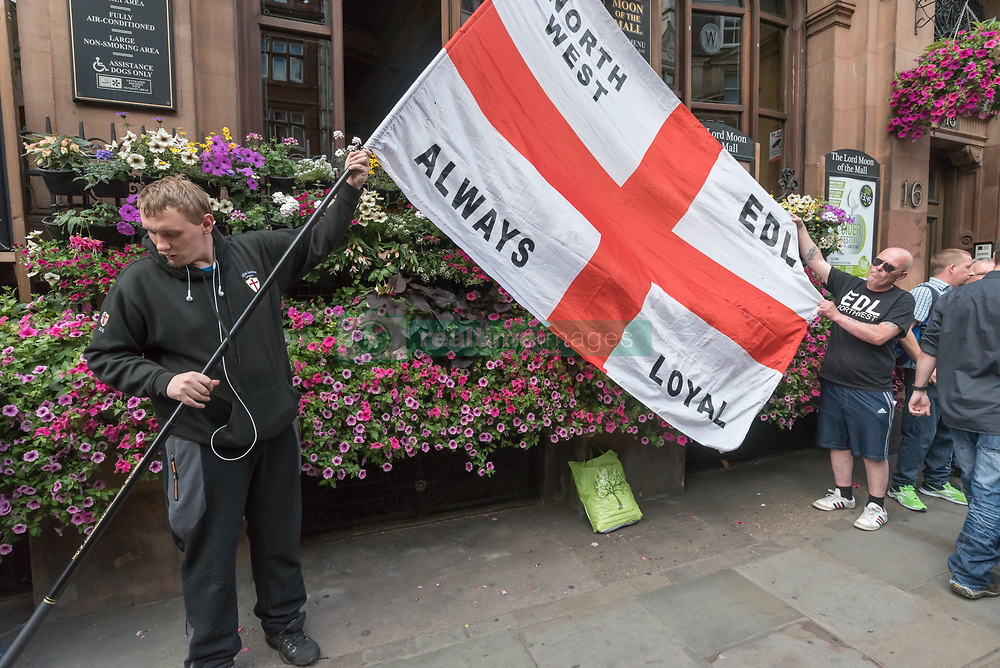