February 4, 2017 - Karo, North Sumatra, Indonesia - A resident watched Sinabung as releasing a cloud of hot ash vulcanic showed signs of volcanic activity in the area remains high, during eruption in Karo. Sinabung roared back to life in 2010 for the first time in 400 years and after another period of inactivity, it erupted once more in 2013 and has remained highly active since and last erupted in May 2016, killing seven people. (Credit Image: © Ivan Damanik via ZUMA Wire) 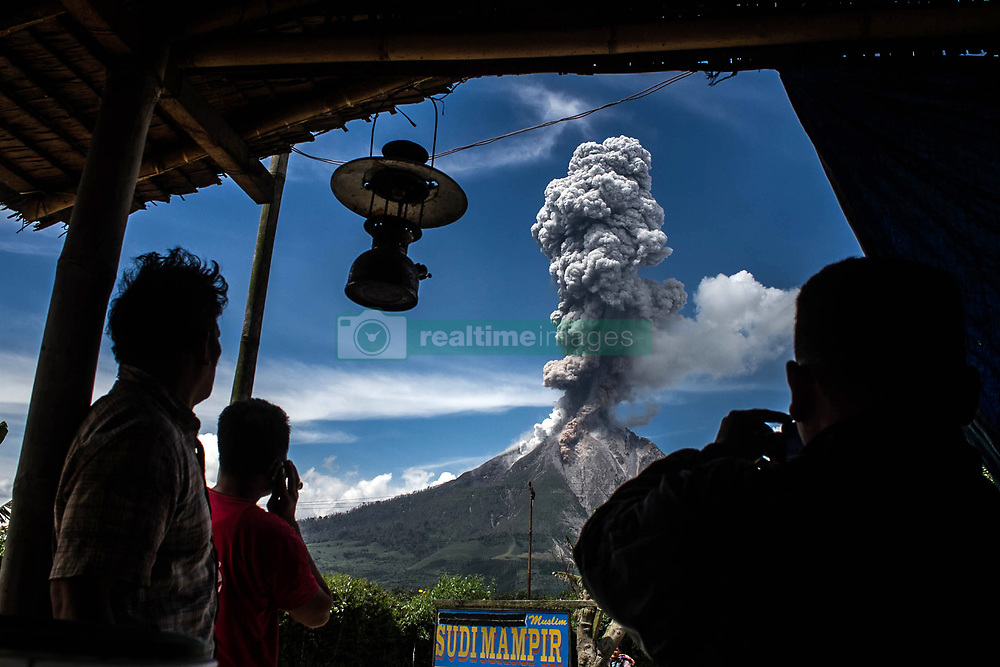