April 4, 2017 - New York, United States - Over a hundred people joined Ramarley Grahamâ€™s family; other families of those killed by the police; members of the Justice Committee; Jews for Racial & Economic Justice (JFREJ); Black, Jewish leaders and other Jews of Color; Jewish New Yorkers from across the five boroughs; and Black Lives Matter-NY at Grand Central station, for a public action and vigil in conjunction with Beyond The Momentâ€™s National Day of Action on April 4, 2017; followed by a march through midtown Manhattan to demand from the Mayor and the NYPD commissioner more accountability in the Ramarley Graham case and an end to Broken Windows Policing in NYC. (Credit Image: © Erik Mcgregor/Pacific Press via ZUMA Wire) 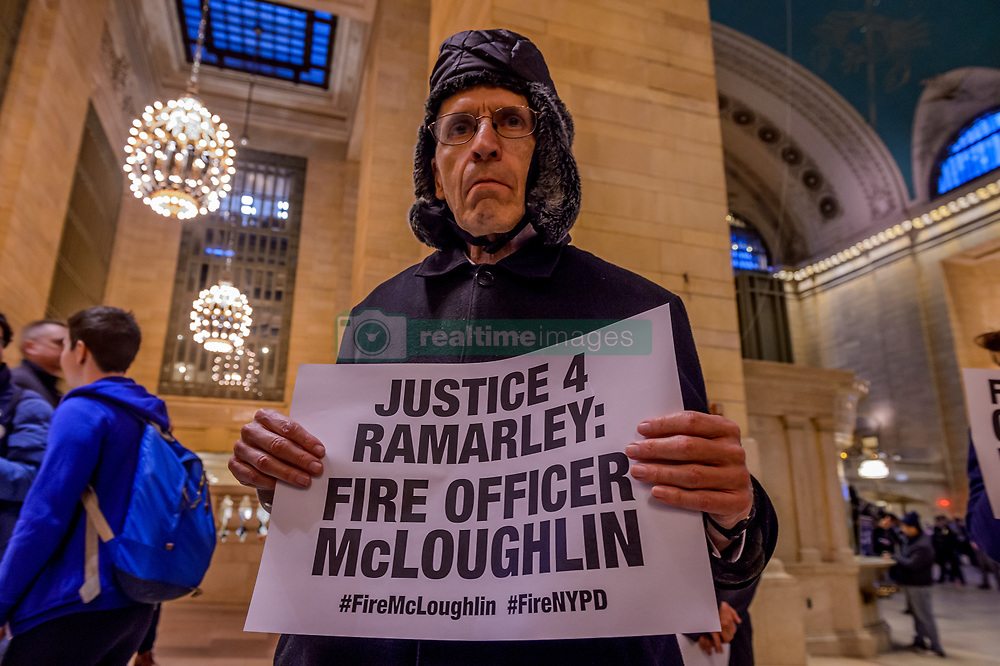