August 14, 2017 - Washington, District of Columbia, United States of America - United States President Donald J. Trump makes a statement on the violence this past weekend in Charlottesville, Virginia at The White House in Washington, DC, August 14, 2017. In his remarks, the President repeated what he said on Saturday when he said ''we condemn in the strongest possible terms this egregious display of hatred, bigotry, and violence. It has no place in America.''.Credit: Chris Kleponis / Pool CNP (Credit Image: © Chris Kleponis/CNP via ZUMA Wire) 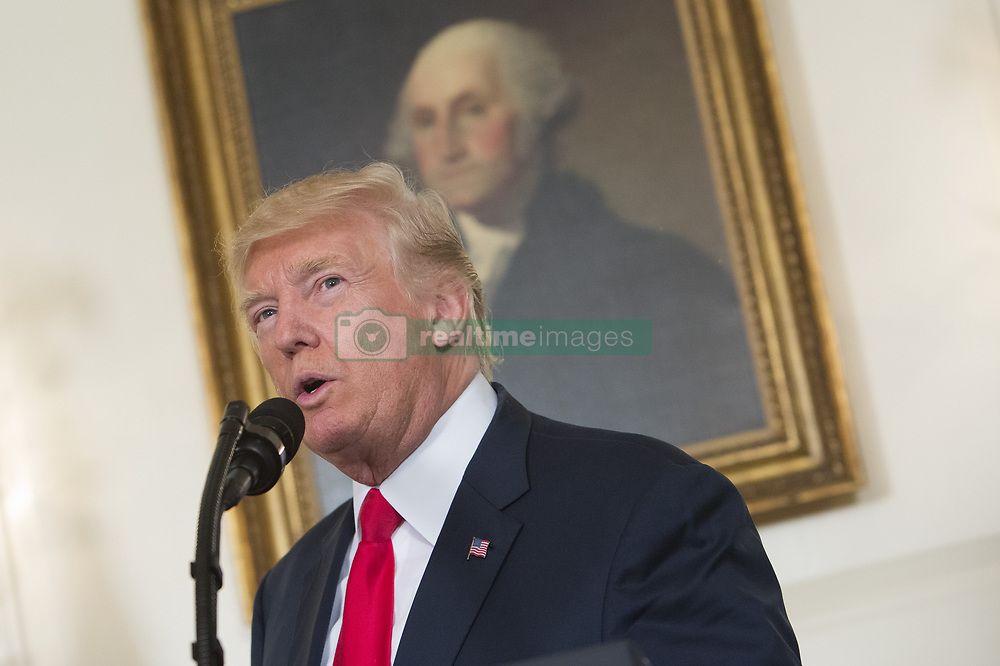