August 7, 2017 - inconnu - Ice cream that does not melt has been created by scientists in Japan.The ice cream retains its original shape in 28Â°C (82.4 F) weather and is said to still taste cool.A strawberry extract stops the oil and water from separating quickly which means the ice-cream stays frozen.The desert was first created by mistake by a pastry chef looking to make use of odd-shaped strawberries which could not be sold. The initiative was part of efforts by the company to help strawberry farmers affected by the 2011 Great East Japan Earthquake and tsunami. The chef trued to create a new confectionary using the strawberries.The cream would solidify when put in contact with the strawberry extract polyphenol.At first this was thought to be a problem .But then the scientists at Japanâ€™s C realised it could be used to stop ice creams melting. Tomihisa Ota, a professor at Kanazawa University who helped develop the lollies said: â€œ Polyphenol liquid has properties to make it difficult for water and oil to separate.â€œSo a popsicle containing it will be able to retain the original shape of the cream for a longer time than usual, and be hard to melt'. The ice creams, which are only for sale in parts of Japan, first hit stores in Kanazawa in April before rolling out in Osaka and Tokyo.According to Takeshi Toyoda, president of the Biotherapy Development Research Centre, the ice cream remains 'almost the same even if exposed to the hot air from a dryer'.There is no word when the ice cream popsicles , called Kanazawa Ice , will be available outside Japan. # DES GLACES QUI NE FONDENT PAS (Credit Image: © Visual via ZUMA Press) 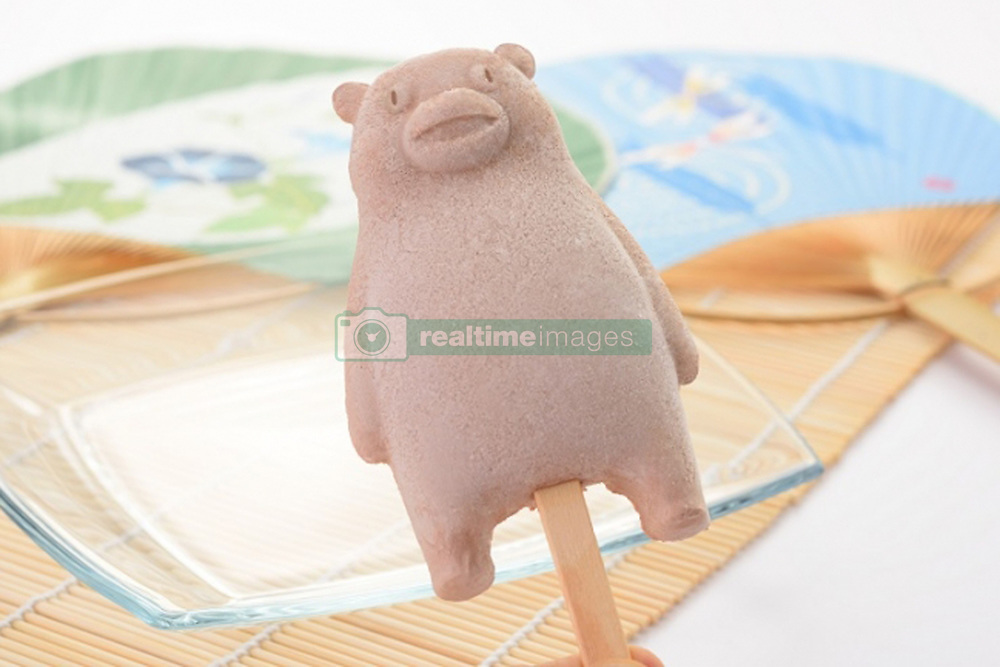