Mar. 26, 1977 - 60 anniversary of Ferdinand Count of Zeppelin's Death: On March 8,1977 there is the 60 anniversary of Ferdinand Count of Zeppelin's death; Zeppelin became history as the inventor of the dirigible. Already in 1874 he worked at the construction of a dirigible. In 1892 he tackled this problem assisted by his engineer Th. Kober. In 1895 his plan was rejected by an experts'-commision. Zeppelin, however, was not discouraged by this rejection, but rather founded a stock corporation for the development of aviation at an investment of 800,000 marks (half of this amount came from his private means) three years later. Finally, on July 02, 1900, the first dirigible ''LZ 1'' ascended at Lake Constance; further starts followed. The Zeppelin-Era was finished abruptly when in 1937 the large-dirigible ''LZ 129 Hindenburg'' was destructed by fire on the airport of Lakehurst/New York, where 35 people were killed. Photo shows the catastrophe of Lakehurst on May 6, 1937. (Credit Image: © Keystone Press Agency/Keystone USA via ZUMAPRESS.com) 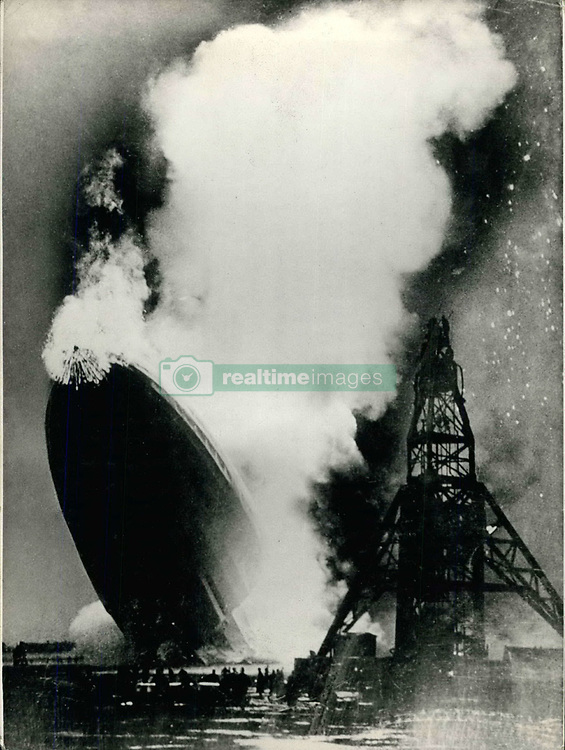