At more than five times their normal weight the horrifying pictures of Arctic Foxes from a Finnish animal rights group show the animals confined in tiny cages. Too fat to walk for fear of breaking their legs the obese animals sit lifeless in their cages waiting to be harvested to make garments with their prized pelts that help them stay warm in the wild. According to Finnish organization Oikeutta eläimille (Justice for Animals), the skins of the animals produced by Saga Furs are sold to high end fashion brands with garments sold by the likes of Louis Vuitton and Michael Kors. "The skins sold by Saga Furs are just the skins of these deformed processed giants," says Kristo Muurimaa of Justice for Animals. The oversized skins of the bloated fur farm foxes reportedly command a higher price than regular sized skins. Fur farming has been banned in many European countries but Finland still continues the barbaric practice. “Fur farming in Finland is sick. It shows that farmer welfare does not mean anything to them and that they try to get as much profit from their skins as possible. “Society must set limits to such greed, “ said Kristo Muurimaa. 26 Sep 2017 Pictured: Fur farm Arctic Fox. Photo credit: Oikeutta eläimille/ MEGA TheMegaAgency.com +1 888 505 6342 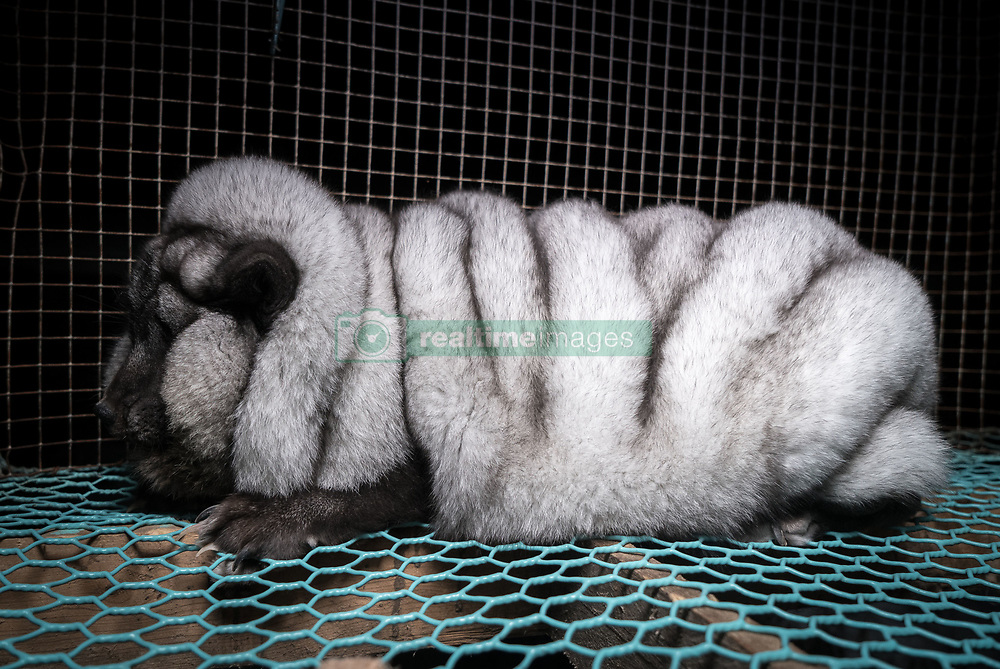