Demonstration Of Protest Against The Presence Of Donald Trump In Paris

November 11, 2018 - Paris, France - Several thousand people gathered at the Place de la Republique in Paris at the call of several feminist, environmental, lgbt and anti-fascist and anti-racist associations to protest against Donald Trump's visit to Paris on the occasion commemorations of the centenary of the Armistice of 1918. They intended to denounce the policy of the American president. Beyond Trump's presence, protesters wanted to denounce the imperialism of western leaders. (Credit Image: © Estelle Ruiz/NurPhoto via ZUMA Press) 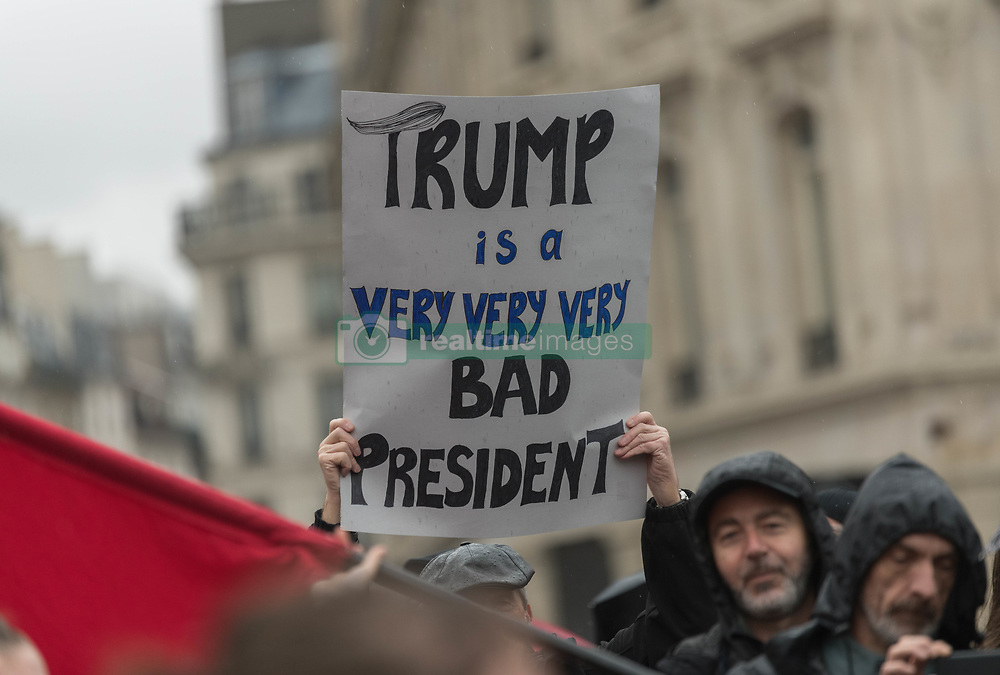