EXCLUSIVE: Childhood pictures of Rihanna before she was famous. Robyn Rihanna Fenty, better known by her stage name Rihanna, was born in Barbados in 1988, to Ronald Fenty, who ran a garment warehouse, and Monica Braithwaite, an accountant. Along with her younger brother, Rihanna grew up in a troubled home. Her father was an alcoholic and a crack addict. Her childhood was deeply affected by her parents' marital problems and her dad's battle with drug and alcohol addictions, which eventually led to their divorce when she was 14. After his recovery, father and daughter grew close again and Rihanna still refers to him as the "coolest person on the planet". As a teenager Rihanna turned to music to escape her home troubles and formed a musical trio with two of her classmates. Her big break came in 2003 when friends introduced her and fellow bandmates to record producer Evan Rogers, who was on holiday in Barnados with his wife. When the group auditioned for Evan, he later said that "the minute Rihanna walked into the room, it was like the other two girls didn't exist." Over the course of the next year, Rihanna travelled to Rogers' home in Connecticut to work on her demo album. With the help of songwriter Carl Sturken she made a four-song demo that included "Pon de Replay" which would become her first hit single. Rihanna officially relocated when she was 16. "When I left Barbados, I didn't look back," she said. "I wanted to do what I had to do, even if it meant moving to America." Soon after, her demo fell into the hands of recording company Def Jam. She auditioned for them and legendary rapper Jay-Z, who was so impressed he signed her almost immediately. Eight months later Rihanna released her debut album, Music of the Sun, which went platinum despite less-than-rave reviews from Rolling Stone magazine who deemed it "lacking of ingenuity and rhythm." Date of pictures unknown but it's believed Rihanna was about 12 years old. 18 Oct 2017 Pictured: Rihanna. Photo credit: MEGA 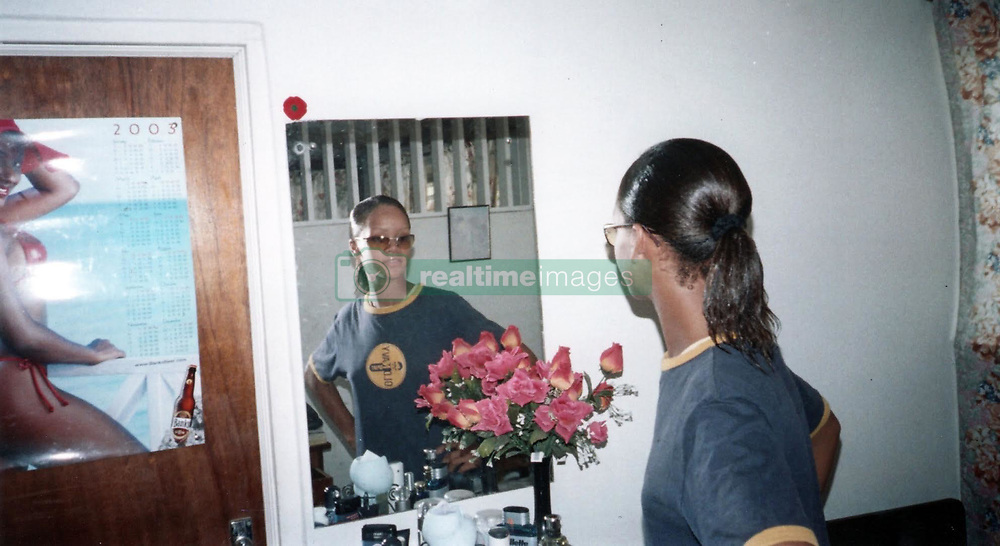