June 18, 2017 - London, UK - London, UK. 18th June 2017. A handful of protesters had stood across the road and shouted insults at the Al Quds march as it formed up close to the BBC. As the march came close to Oxford Circus, around 30 Zionists holding Israeli flags moved to block the road. The marchers stopped, commenting that not being content with occupying Palestine, Zionists now wanted to occupy Regent St, and waited patiently for police to clear the road. Eventually police made the protesters move on, but they only went a few yards into Oxford St before blocking the route again. Peter Marshall ImagesLive (Credit Image: © Peter Marshall/ImagesLive via ZUMA Wire) 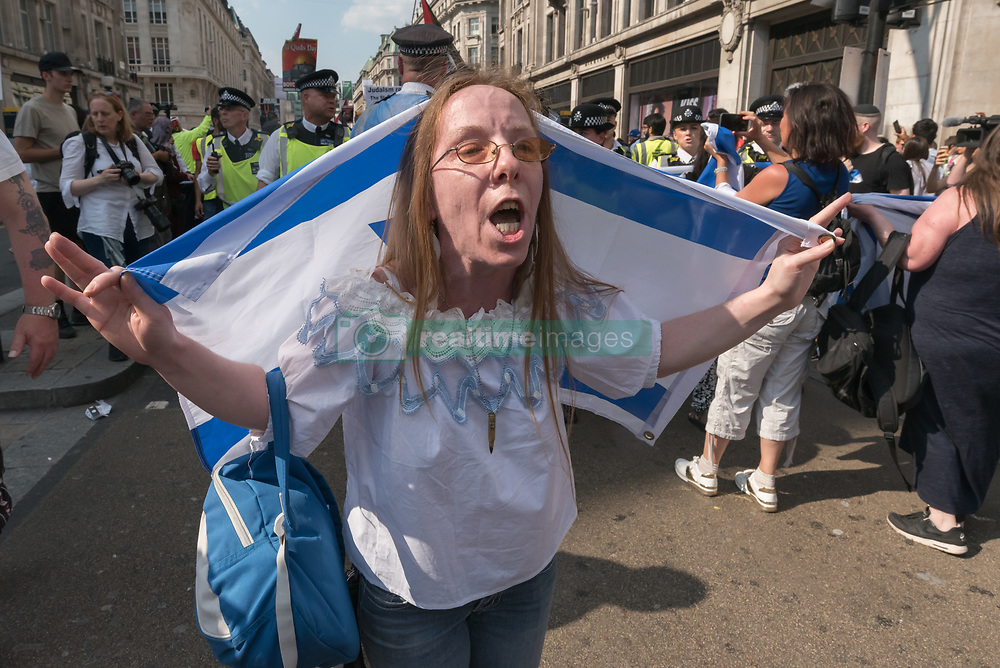