June 14, 2018 - Dnipro, Ukraine - Attendees stay by a garland during a commemorative event in memory of the perished soldiers killed in the Il-76 military plane crash on the Remembrance Alley for ATO Soldiers and the Heavenly Hundred Heroes on the fourth anniversary of the tragedy, Dnipro, central Ukraine, June 14, 2018. On June 14, 2014, the aircraft was shot down by the separatists near the Luhansk airport in eastern Ukraine claiming the lives of 40 soldiers of the 25th Separate Airborne Brigade and nine crew members on board. Ukrinform. (Credit Image: © Mykola Miakshykov/Ukrinform via ZUMA Wire) 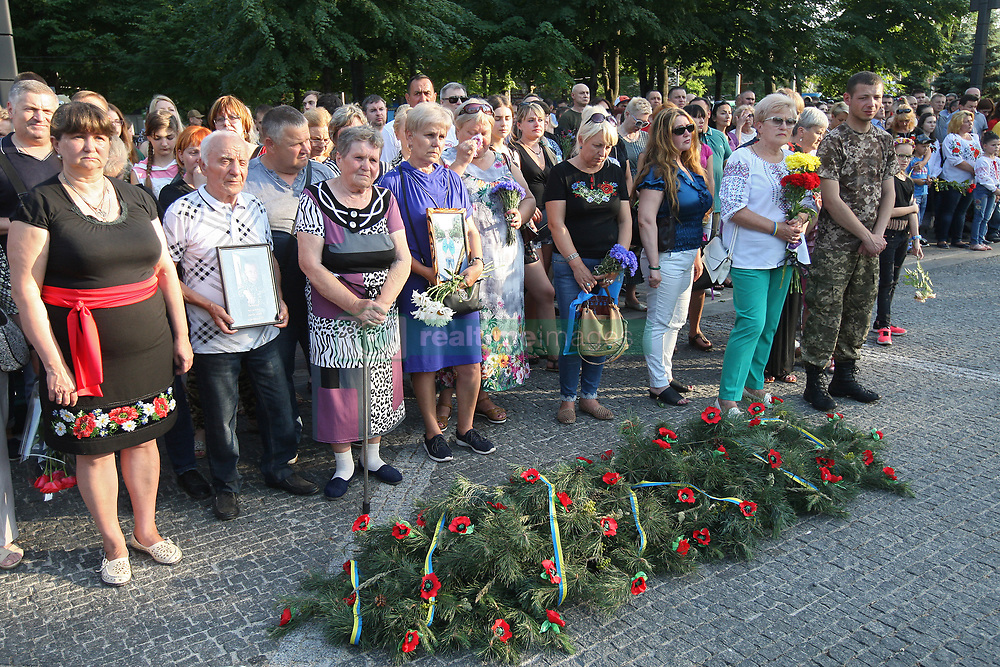