August 17, 2017 - Shariakandi, Bogra, Bangladesh - People catch fish with nets in a switch gate at Sariakandi, Bogra, Bangladesh 17 August 2017. According to authorities, floods caused by heavy rainfall lashing Bangladesh during the past week have left at least 56 people dead. Affected people are waiting to get more relief as they are in shortage of food and drinking water in the shelter centers. (Credit Image: © Km Asad/NurPhoto via ZUMA Press) 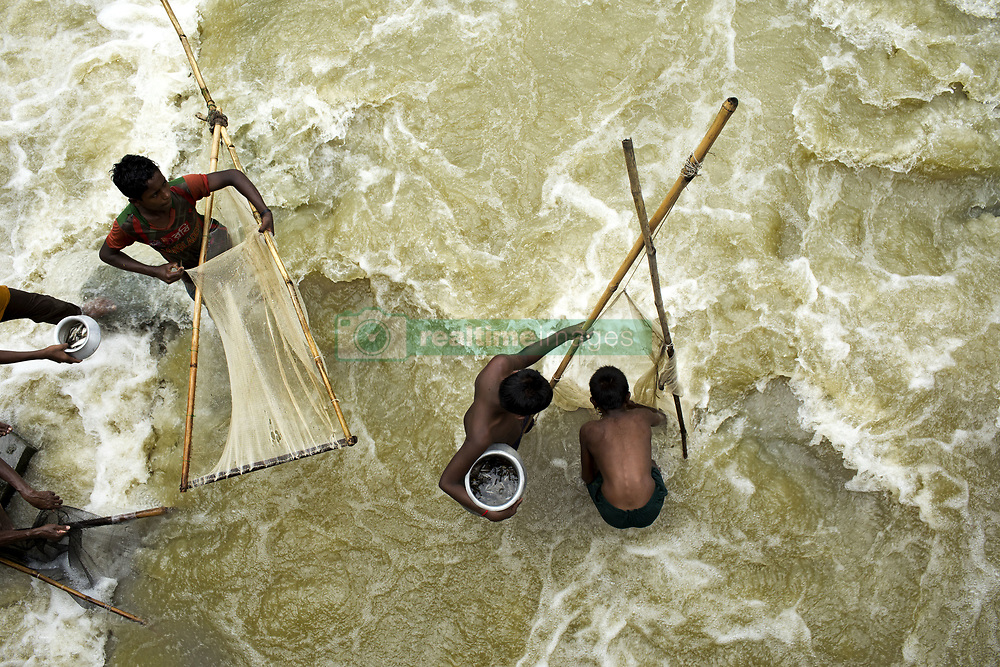