September 11, 2017 - Barcelona, Catalonia, Spain - BARCELONA, SPAIN - SEPTEMBER 11: Hundreds of thousands of people attend a demonstration in Barcelona during the 'Diadaâ€™, the National Day of Catalonia, which commemorates the fall of Barcelona in the War of the Spanish Succession in 1714 and the region's subsequent loss of institutions and freedoms. Catalans rally to demand their region's secession from Spain, in a show of strength three weeks ahead of an independence referendum which shall take place on the next October 1st. The referendum was approved by the Catalan Parliament and banned by the Spanish Government. During the demonstration people wave 'Esteladas' (Credit Image: © Manuel Blondeau via ZUMA Wire) 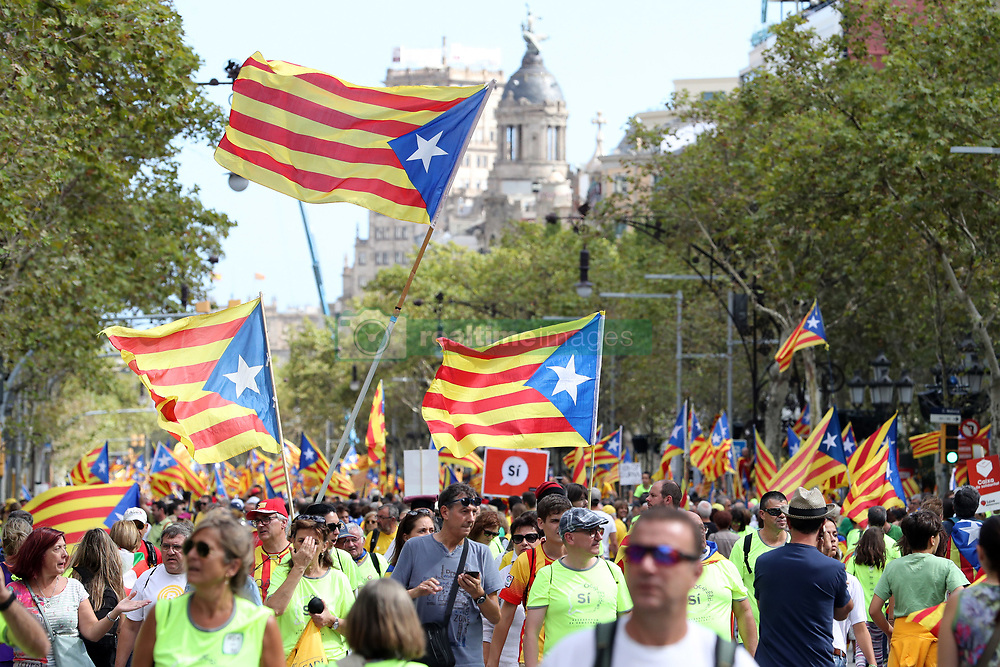