May 28, 2017 - Reno, Nevada, U.S - May 28, 2017.Animal Ark co-founder, DIANA HIIBEL, raises her hand signifying impending release of Moyo, one of two cheetah brothers participating in the Cheetah 500 Race. The race is a fundraiser for the Reno-based non-profit organization. During the event, cheetahs, the worldÃ•s fastest land mammal, chase robotic lures completely off leash around the Animal Ark run field. The organization is located north of Reno on thirty-eight acres and primarily features native North American predators...Co-founded by Aaron and Diana Hiibel in 1981, Animal Ark is a wildlife sanctuary for non-releasable animals. The organization provides a home,ÃŠfor life,ÃŠfor animals that do not have the skills to survive in the wild. (Credit Image: © Tracy Barbutes via ZUMA Wire) 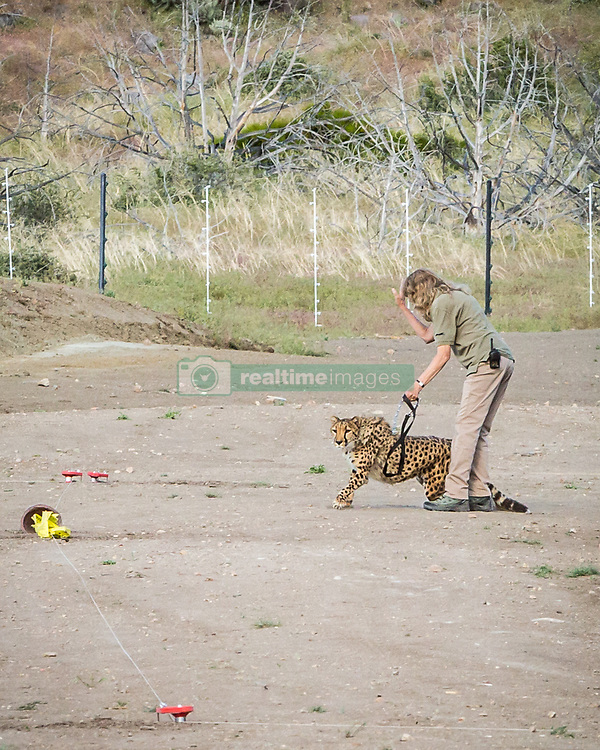