July 20, 2017 - Warsaw, Poland - Thousands of people from across Poland and Europe took part in the Warsaw Pride parade, also known as the ''Equality Parade''. People marched in Warsaw, demanding equality for everyone in the LGBQT community, as well as sharply condemning intolerance and the stigmatization of homosexual and transgender persons in Poland and across the world. The parade's organizers described the parade as a huge pro-tolerance movement in Eastern Europe. The parade has been held every year since 2001. (Credit Image: © Anna Ferensowicz/Pacific Press via ZUMA Wire) 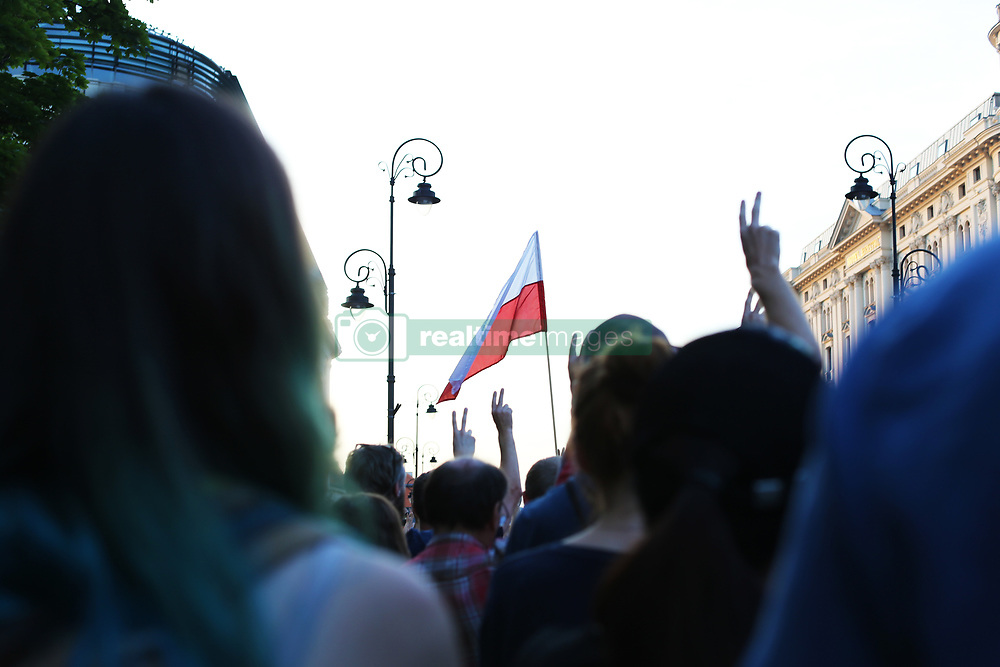