March 23, 2017 - Hollywood, California, U.S. - FREIDA PINTO stars in the TV mini series Guerrilla. Freida Selena Pinto (born October 18, 1984) is an Indian actress who has appeared mainly in American and British films. She was born and raised in Mumbai, India, and decided when she was young that she would become an actress. As a student at St. Xavier's College, Mumbai, she took part in amateur plays. After graduation, she briefly worked as a model and then as a television presenter. Pinto rose to prominence through the 2008 British drama Slumdog Millionaire, her first appearance in a film. She won the Breakthrough Performance Award at the Palm Springs International Film Festival and was nominated for various awards at the British Academy Film Awards, the MTV Movie Awards and the Teen Choice Awards. She has appeared in several American and British productions, often playing supporting roles. Her biggest commercial success came with the 2011 science fiction film Rise of the Planet of the Apes. Pinto received major attention for portraying the title character in Trishna (2011). Her performance in the biographical drama Desert Dancer (2014) received critical acclaim. Jungle Book (2018), Love Sonia (2017), Guerrilla (TV Mini-Series 2017), Yamasong: March of the Hollows (2017) (Credit Image: © Armando Gallo via ZUMA Studio) 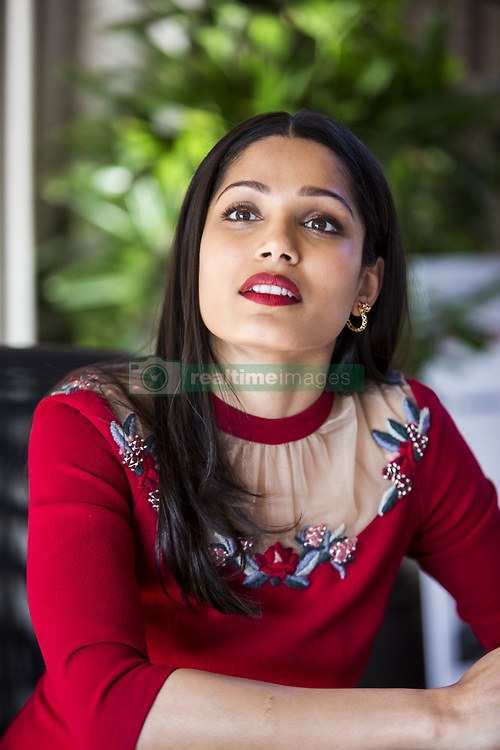