July 22, 2017 - Beaumont-Sur-Oise, Paris, France - People raise their fists as they take part in a march in memory of Adama Traore, who died during his arrest by the police in July 2016, on July 22, 2017 in Beaumont-sur-Oise, northeast of Paris. On July 19, 2016 Adama Traore, 24, died shortly after being arrested in the town of Beaumont-sur-Oise. One year later, Adama Traore became a symbol and his family continues to call for truth and justice. (Credit Image: © Julien Mattia/NurPhoto via ZUMA Press) 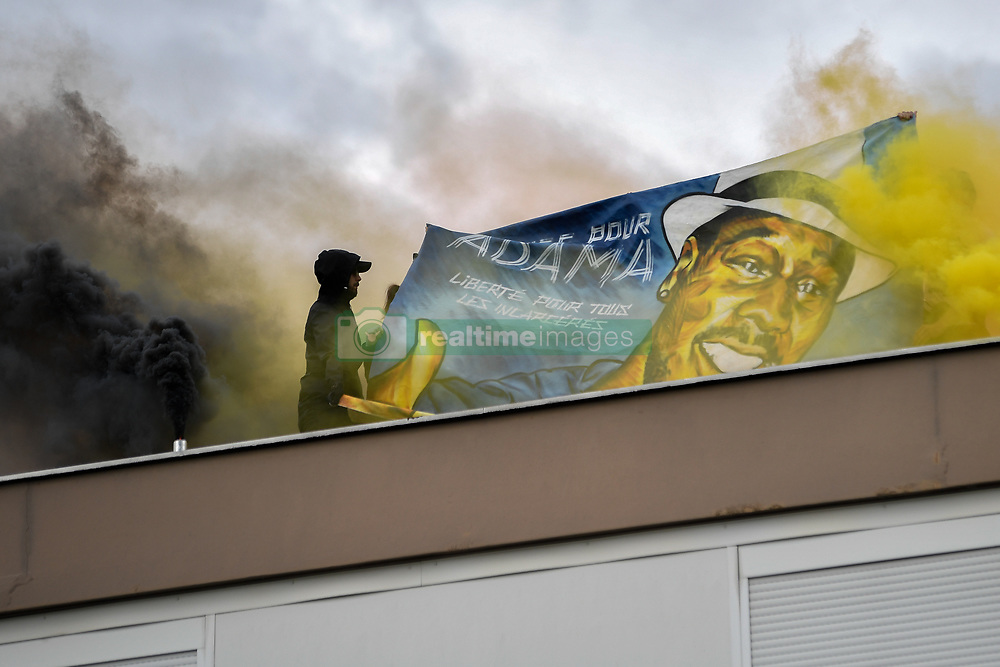