In this photo from the Syria Civil Defence, also better known as the White Helmets, Children, who are victims from a result of shelling with chemical materials of the town of AlHabeet are wrapped in a blanket. At least 58 people have been killed, and dozens wounded, including 11 children, in the early morning attack in a suspected chemical attack on a rebel-held town in north-western Syria. (Credit Image: © Syria Civil Defence via ZUMA Wire). 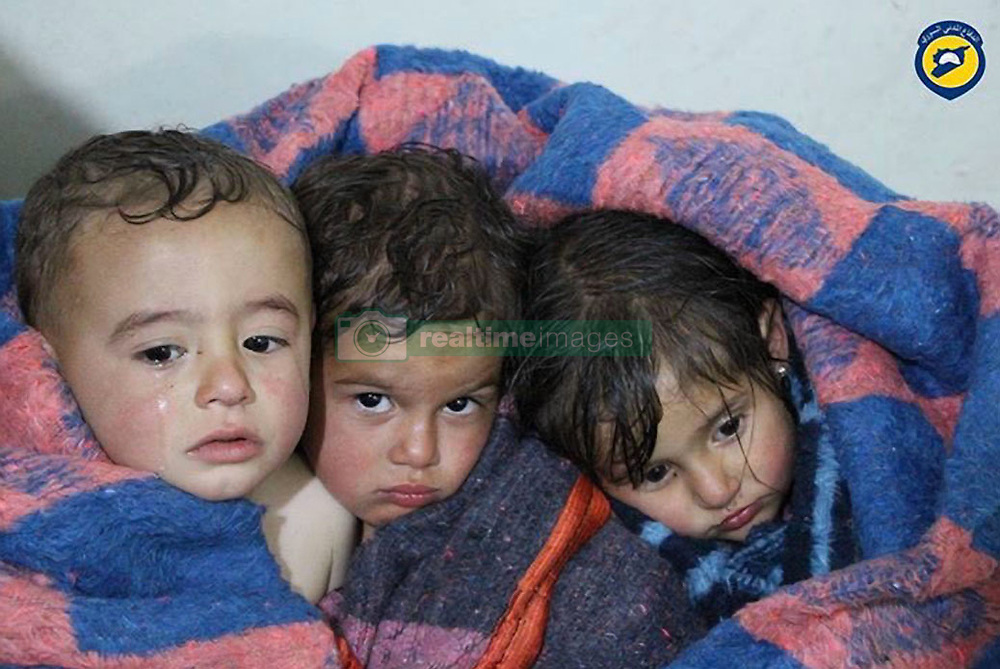