May 4, 2019 - Gaza City, Palestine, 04 May 2019. Israeli airstrikes target a Palestinian resistance post in the south of Gaza City. According to the Israeli army, Israeli forces hit a number of military posts in the Palestinian enclave including two rocket launchers during air strikes in response to the firing of dozens of rockets from Gaza into Israel earlier in the day. The rocket attacks from Gaza had been in response to the killing of two Palestinians the previous day when an Israeli aircraft attacked a Hamas post following the wounding of two Israeli soldiers by a Gaza border protester (Credit Image: © Ahmad Hasaballah/IMAGESLIVE via ZUMA Wire) 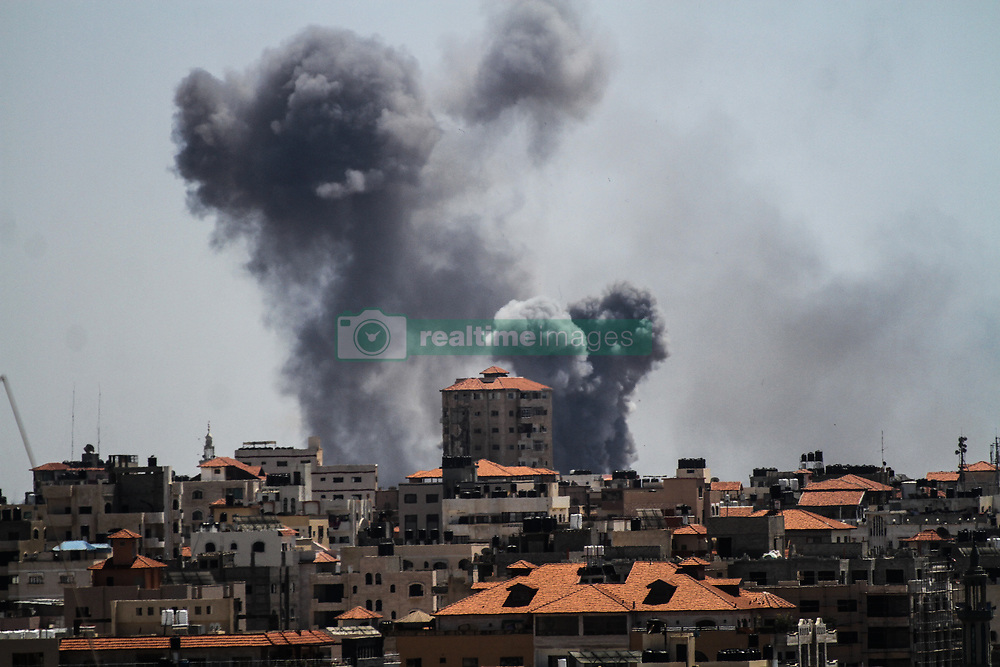