August 13, 2017 - Gdansk, Poland - People looking for goods at a flea market during 757th edition of St. Dominicâ€™s Fair are seen in Gdansk, Poland on 13 August 2017 More than one thousand 1000 traders, artists and collectors participate in the Fair occupying with their stands several streets in the centre of the in the historical city centre. St. Dominicâ€™s Fair is the largest open-air trade and cultural event in Poland and one of the largest such events in Europe. It has enjoyed over seven hundred fifty years of tradition; it was established by the Pope Alexander IV in 1260. (Credit Image: © Michal Fludra/NurPhoto via ZUMA Press) 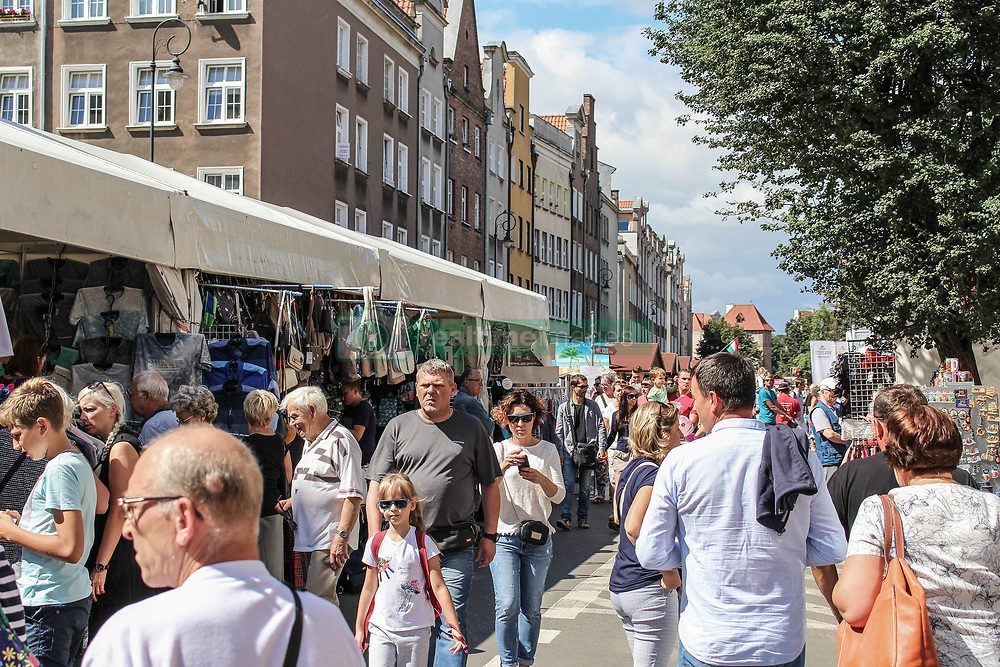