May 4, 2019 - Beit Hanoun, Gaza Strip 04 May 2019. Imad Mohammed Nasir, 22, receives his final farewell during his funeral in the northern Gaza Strip after being killed in an Israeli airstrike in the northern Gaza Strip. On Saturday Israeli airstrikes hit at least three separate areas of the Gaza Strip and were responsible for killing Imad and wounding three other Palestinians. The air strikes were in response to the firing of dozens of rockets from Gaza into Israel early Saturday, which followed an Israeli attack on a Hamas site the previous day that had resulted in the death of two Palestinians (Credit Image: © Ahmad Hasaballah/IMAGESLIVE via ZUMA Wire) 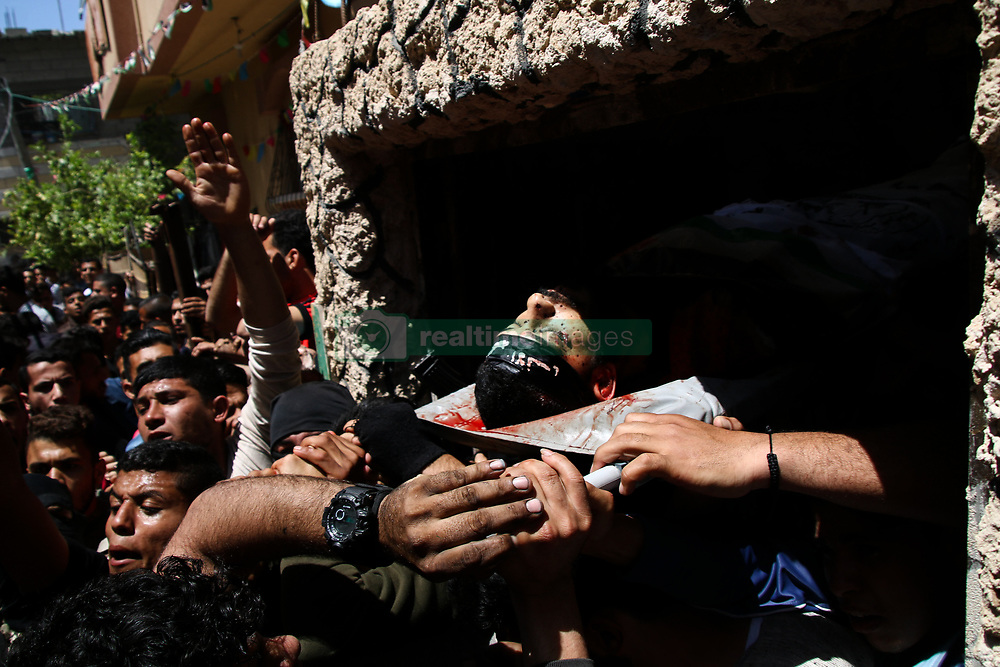