April 14, 2018 - FILE - The US, UK and France launched strikes against targets at three sites in Syria in the early hours of Saturday morning, following a week of threats of retaliation for an alleged chemical weapons attack on civilians in Douma. PICTURED: June 9, 2017 - RAF Fairford, U.K. - A B-2 Spirit deployed from Whiteman Air Force Base, Mo., lands on the flightline at RAF Fairford, U.K. The B-2 regularly conducts strategic bomber missions that demonstrate the credibility of the bomber forces to address a global security environment. (Credit Image: © U.S. Air Force/DOD via ZUMA Wire/ZUMAPRESS.com) 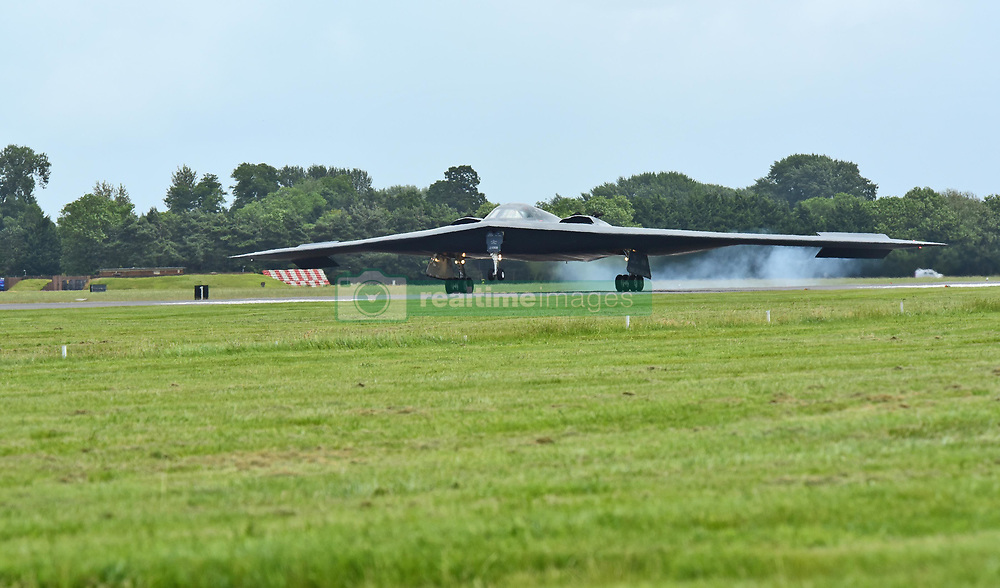