July 4, 2018 - Kolkata, India - Eastern India East West Metro Trail Run on July 04,2018 in Kolkata City ,India. Kolkata Metro Rail Corporation (KMRC) is likely to launch a trail run on a 3km stretch between the Central Park depot and Sector V station on Wednesday. This will be the first time that one of the two six-car rakes housed inside the depot will venture out after an informal test run was carried out on the 1km stretch within the upkeep-cum-parking hub on June 20. PSU Bharat Earth Movers Limited (BEML) has built the rakes and is in charge of the 38.5-acre stabling line as well.An official, though, said in case of heavy rain, the trial run would be started from Thursday.....The trial run, which will synchronize trains with the system, will be done since electrification of third rail (from where the train will derive power) of three East-West Metro stations Ã¢â‚¬â€ Sector V, Karunamoyee and Central Park (all in Salt Lake) Ã¢â‚¬â€ could be completed last Wednesday. (Credit Image: © Debajyoti Chakraborty/NurPhoto via ZUMA Press) 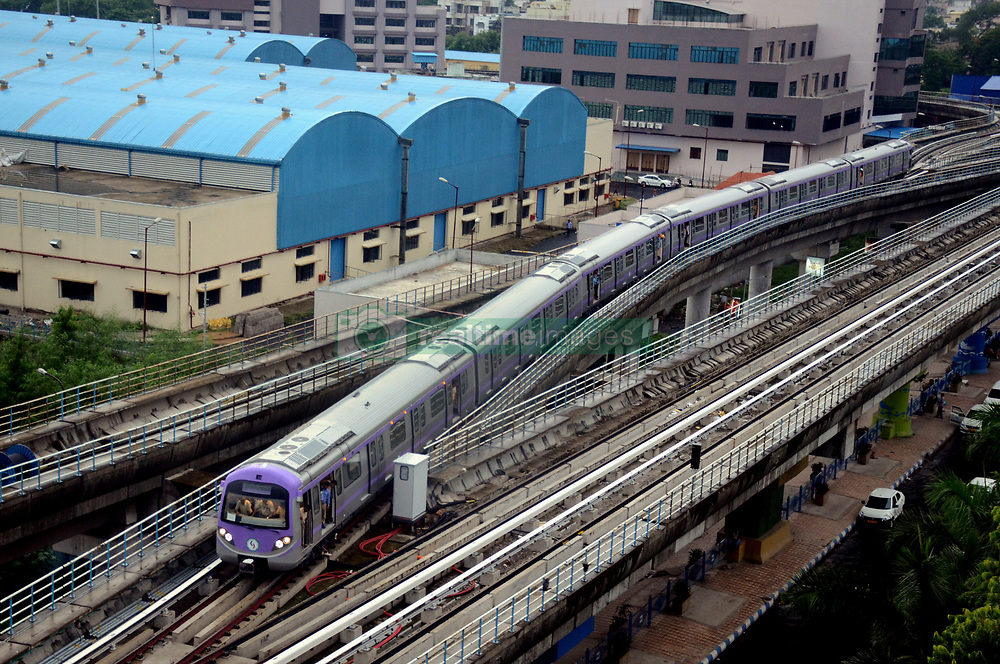