Josh Brolin pushes shopping carts out of Army & Navy filming Deadpool 2, dressed as Cable. Josh was seen filming scenes dressed as Cable in downtown, Vancouver. The sequel has been filming all summer and is coming to a close. Josh arrived on set and appeared to be giving art direction as he held his hands up to frame the light, while wearing his tight grey costume. Josh then filmed scenes where he appeared to steal 2 shopping carts from old navy and he loaded the into a van. Josh was seen getting his make up done on set as well as laughing and chatting to crew during the night shot. 03 Oct 2017 Pictured: Josh Brolin. Photo credit: Atlantic Images/ MEGA TheMegaAgency.com +1 888 505 6342 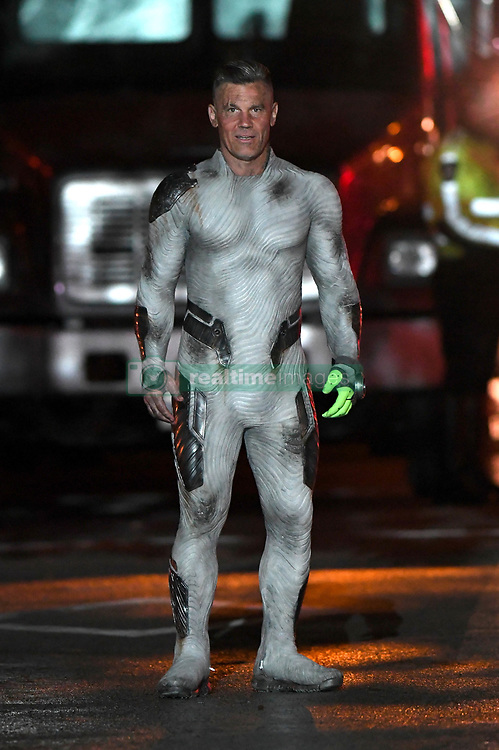