May 4, 2019 - Gaza City, Gaza Strip, 04 May 2019. Israeli aircrafts bomb the site of Abu Jarad, belonging to the Hamas movement, in the south of Gaza City. The attack is part of ongoing Israeli airstrikes carried out this Saturday in the Gaza Strip which came in response to dozens of rockets launched from Gaza into Israeli early on Saturday. The Israeli Defense Forces have targeted a number of military sites belonging to Hamas this Saturday as they view the Palestinian movement responsible for all incidents that take place in the Strip or come from it (Credit Image: © Ahmad Hasaballah/IMAGESLIVE via ZUMA Wire) 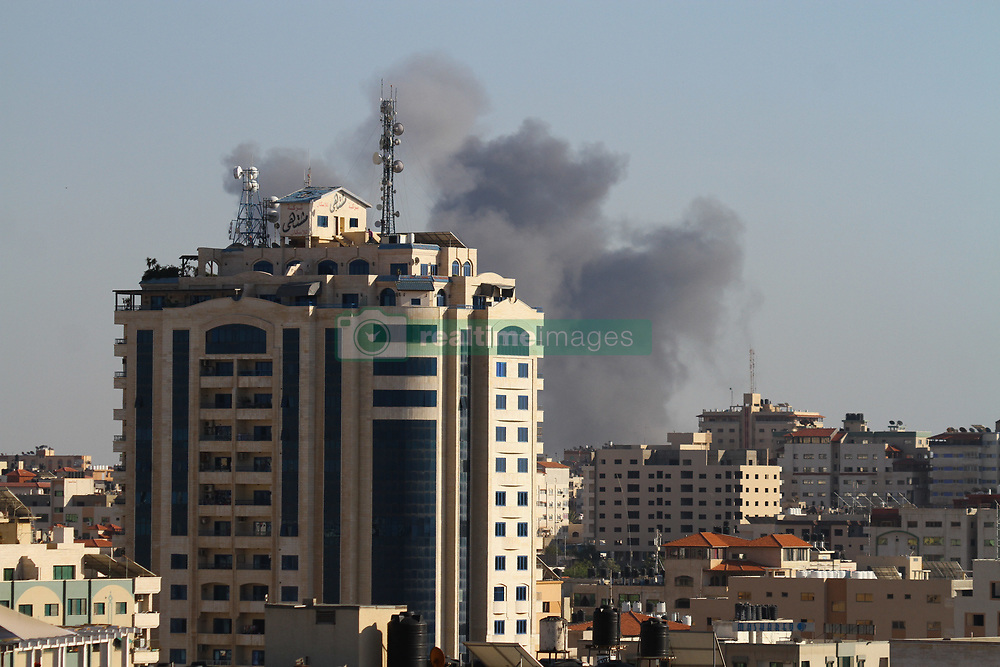