Flash-Mob Against Deaths At Sea In Rome

October 3, 2018 - Rome, Italy, Italy - ''Solo in cartolina'' is the name of the campaign against deaths at sea, which began last August and has reached its end today. Today, in fact, on the International Day of Remembrance and Reception, ten thousand postcards signed by citizens from all over Italy against the policies on migrants of the Minister of the Interior Matteo Salvini were delivered to the Palazzo del Viminale. The contest began in the middle of summer, when 300 designers, illustrators and artists - including Colapesce, Lo Stato Sociale, The Zen Circus e Diabolik - created ''special'' postcards denouncing the closed ports and supporting those who save the lives of migrants at sea every day. The online vote then rewarded in mid-August the 10 most beautiful postcards, which were printed in number of 1000 each. The epistolary uprising also arrived in the Italian squares, from north to south. The postcard messages written by the Italians and addressed to Salvini arrived at the Viminale with a symbolic action: the promoters of the campaign, some representatives of the NGOs and the network of ''Restiamo Umani'' delivered the 10,000 postcards by hand. The Minister of the Interior, however, was not there to welcome them on October 3, 2018 in Rome, Italy (Credit Image: © Andrea Ronchini/NurPhoto/ZUMA Press) 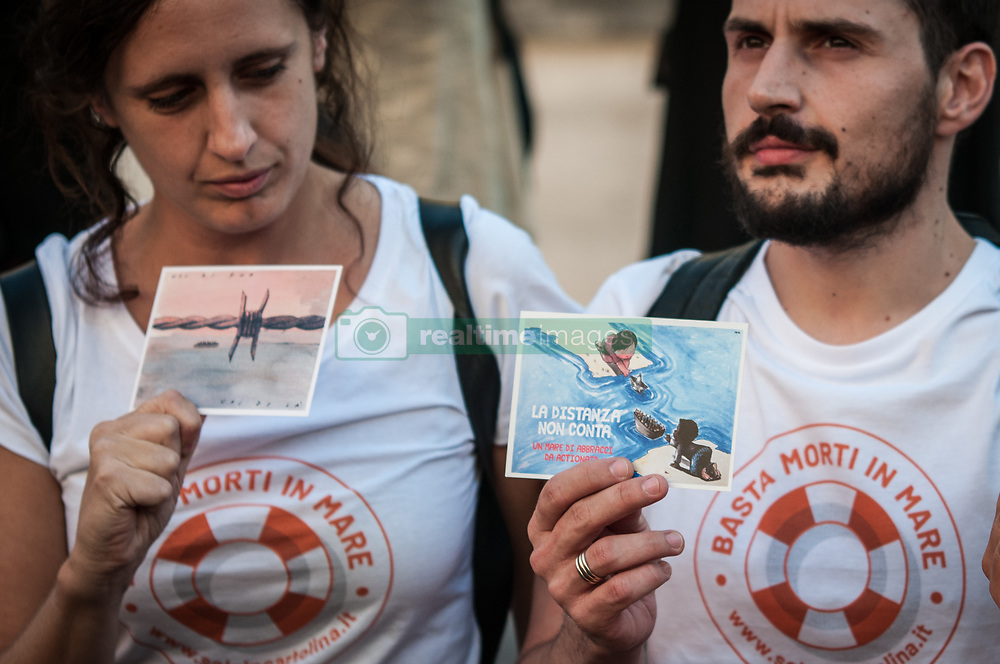