November 12, 2016 - Vatican City, Vatican - Pope Francis rides on the Popemobile through the crowd of the faithful as he arrives to celebrate an extraordinary Jubilee Audience as part of ongoing celebrations of the Holy Year of Mercy in St. Peter's Square in Vatican City, Vatican on November 12, 2016. Pope Francis presided over the last special audience for the Jubilee of Mercy this morning, during which he called on Christians to witness to Gods mercy by being inclusive. (Credit Image: © Giuseppe Ciccia/NurPhoto via ZUMA Press) 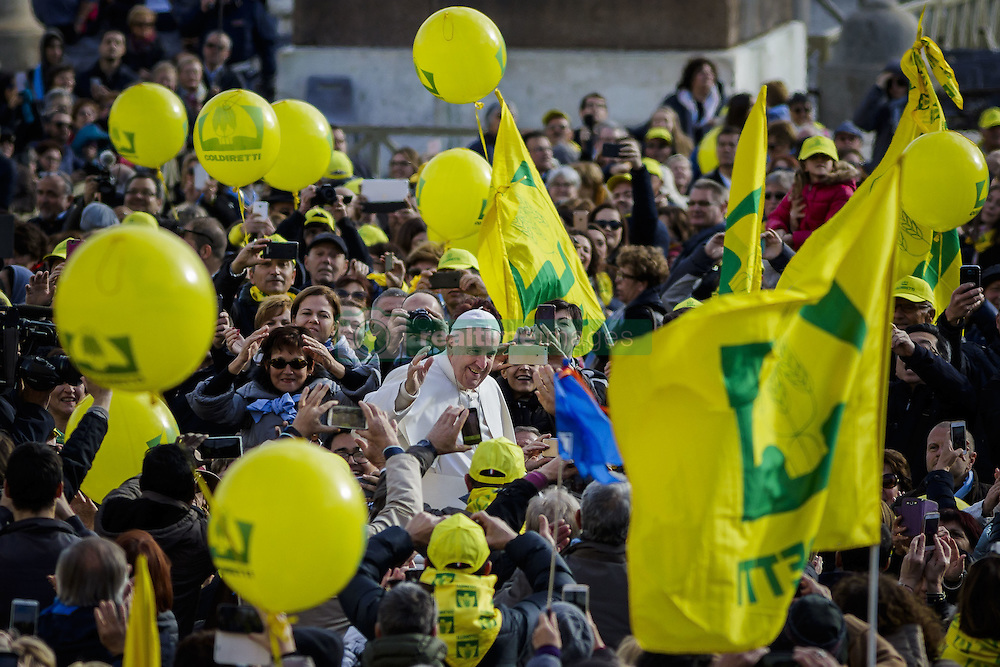