May 4, 2019 - Gaza City, Gaza Strip, 04 May 2019. 14-months-old Saba Mahmoud Abu Arar lies at the Al-Shifa hospital in Gaza City after losing her life in an Israeli airstrike that hit her home in the al-Zaytoun neighbourhood, on the east of Gaza City, on Saturday. Seba died immediately, while her pregnant mother was seriously wounded in an Israeli bombing on the east of Gaza City. The airstrike took place as Israel continued its aerial offensive on the Gaza strip (Credit Image: © Ahmad Hasaballah/IMAGESLIVE via ZUMA Wire) 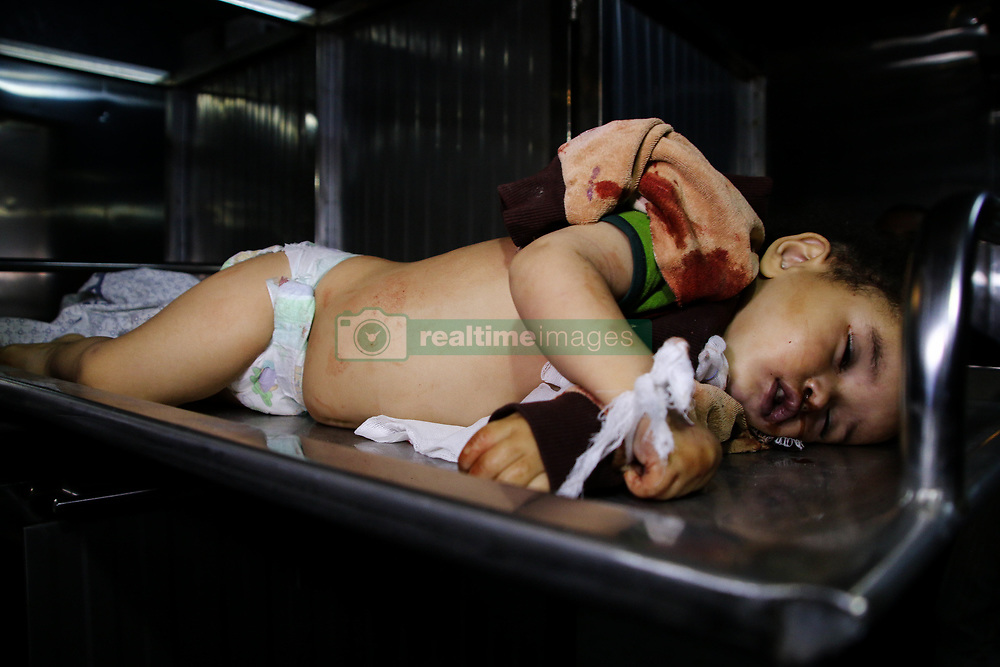