May 6, 2018 - Gaza City, The Gaza Strip, Palestine - Members of the Islamist movement Hamas' military wing Al-Qassam Brigades gather around the bodies of six of their comrades who were killed in an unexplained explosion the night before, during their funeral in Deir al-Balah in the central Gaza strip on May 6, 2018. Gaza's health ministry confirmed six people were killed and three others wounded in what residents said appeared to be an accidental explosion in the Az-Zawayda area of the central Gaza Strip. Al-Qassam Brigades blamed Israel for the explosion without providing details or proof, saying incident occurred during a ''complex security and intelligence operation'' and calling it a ''serious and large security incident' (Credit Image: © Mahmoud Issa/Quds Net News via ZUMA Wire) 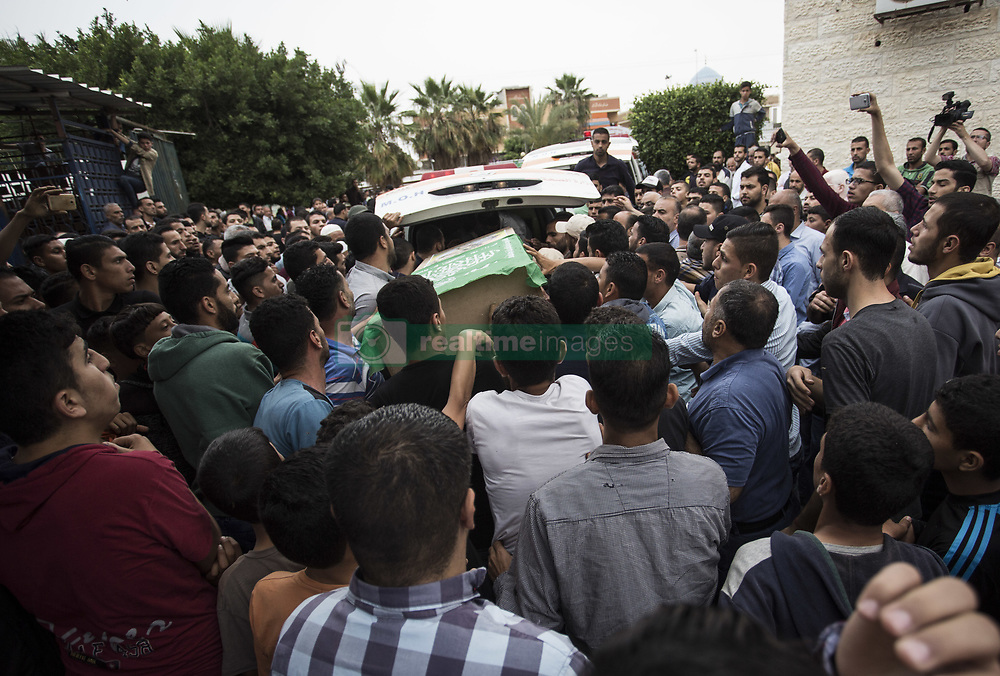