October 3, 2018 - Palestinian protesters clash with the Israeli Security Forces at the Erez border crossing in the northern Gaza Strip on October 3, 2018. According to Gaza Health Ministry a 15-year-old Palestinian, Ahmad Samir Abu Habell, was shot dead in the head by an Israeli soldier during clashes along the border fence in northern Gaza on Wednesday. According to the same sources fifteen Palestinians were also injured from live fire and tear gas inhalation sustained during in the clashes. A number of paramedics attended the protest site to assist the injured. Palestinians protested against the 11-year-long Israeli blockade to the Palestinian enclave as well as the recent decision by the US administration to stop their funding to UNRWA, the UN relief agency for Palestinian refugees. According to the Israeli army firebombs launched from the Strip were responsible for two fires in southern Israel (Credit Image: © Ahmad Hasaballah/IMAGESLIVE via ZUMA Wire) 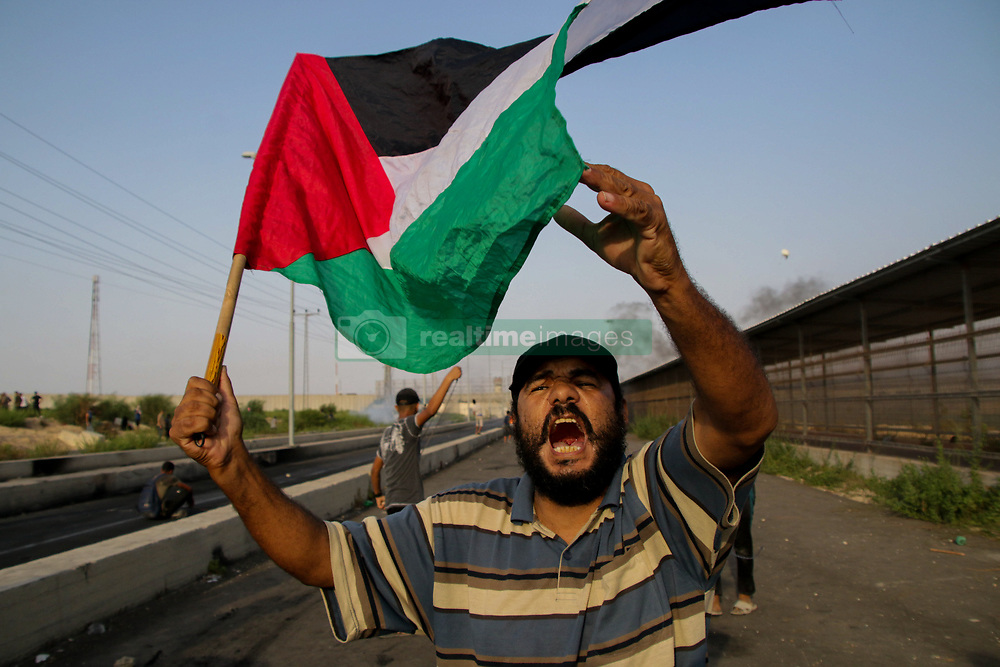