January 30, 2018 - Minneapolis, Minnesota, U.S.- A man leaned out a window and spoke with an officer in the room above as police try to negotiate with him to surrender a stand off with police that went on for 38 hours on Tuesday, at the Graduate Hotel at the University of Minnesota. The two-day standoff ended when police arrested the man who had holed up in a sixth-floor room while grieving for his daughter and sending angry messages alleging someone had stolen his exotic cat. (Credit Image: © Renee Jones Schneider/Minneapolis Star Tribune via ZUMA Wire) 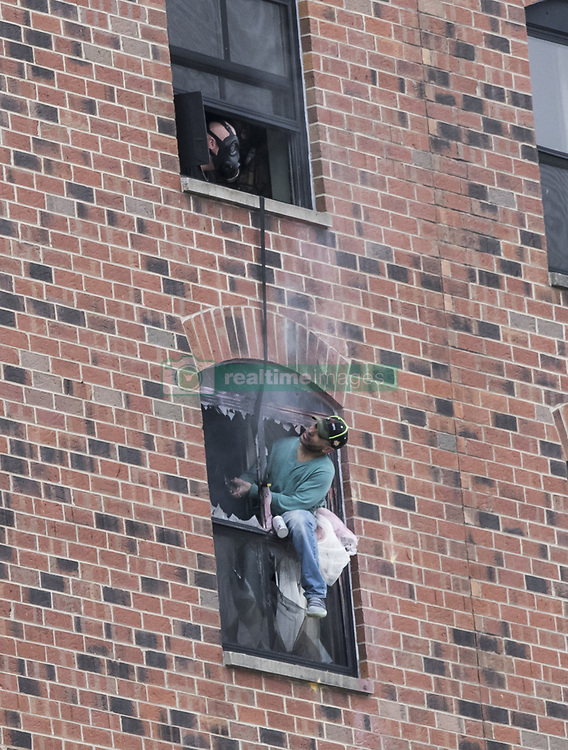