August 3, 2017 - Dhaka, Bangladesh - DHAKA, BANGLADESH - AUGUST 03 : Children playing in water logged by heavy rainfall in Dhaka, Bangladesh on August 03, 2017...Venturing outdoors may become deadly across wide swaths of Bangladesh, India and Pakistan by the end of the century as climate change drives heat and humidity to new extremes, according to a new study...Climate change could soon make it fatal to even go outside in some parts of the world, according to a new study...Temperatures could soar so much in southern Asia by the end of the century that the amount of heat and humidity will be impossible to cope with and anyone going outside would die...The study used new research that looked at the way humidity changes how people's bodies can deal with heat. Temperatures and the amount of moisture will mean that the body will simply be unable to cool itself and so people will die, the researchers found...The regions likely to be hardest hit include northern India, Bangladesh and southern Pakistan, home to 1.5 billion people. (Credit Image: © Zakir Hossain Chowdhury via ZUMA Wire) 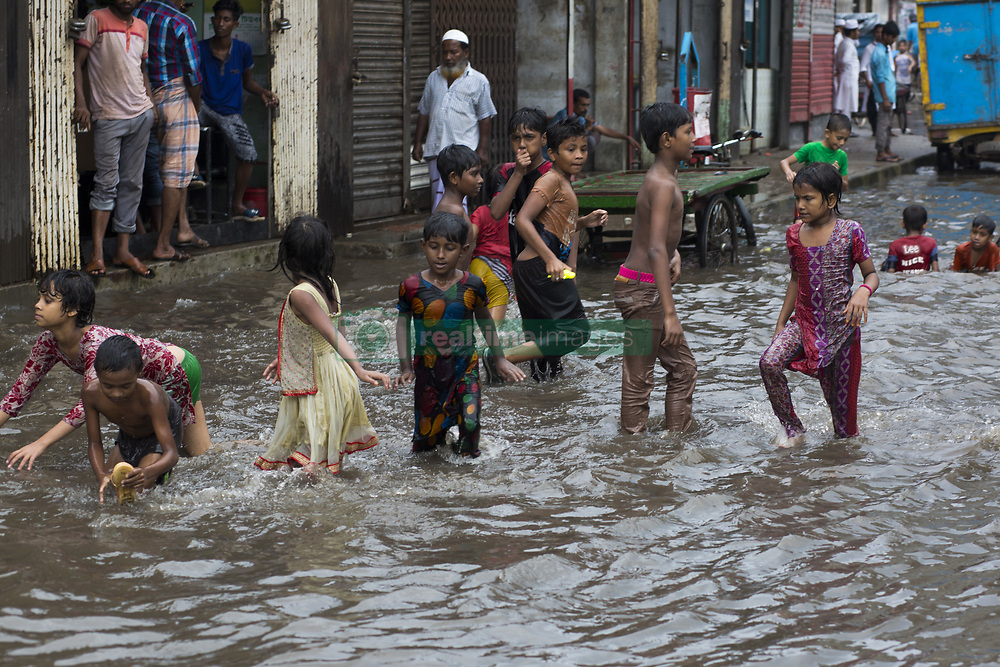