PYONGYANG, March 1, 2016 (Xinhua) -- Otto Frederick Warmbier, a 21-year-old undergraduate student of commerce from Virginia University of the U.S., speaks during a news conference in Pyongyang, capital of the Democratic People's Republic of Korea (DPRK), Feb. 29, 2016. Warmbier, held by the DPRK since January, told a press conference here Monday that he tried to take a political slogan from a hotel and was later arrested. He committed the crime with the connivance of the U.S. government and the task was given by the Friendship United Methodist Church, which promised him a good reward in return, he said. DPRK's state media KCNA reported on Jan. 22 that Warmbier had been arrested by the authorities because he entered the country under the guise of a tourist and aimed to undermine the foundation of the country's single-minded unity. (Xinhua/Lu Rui) (lyi) (Credit Image: © Lu Rui/Xinhua via ZUMA Wire) 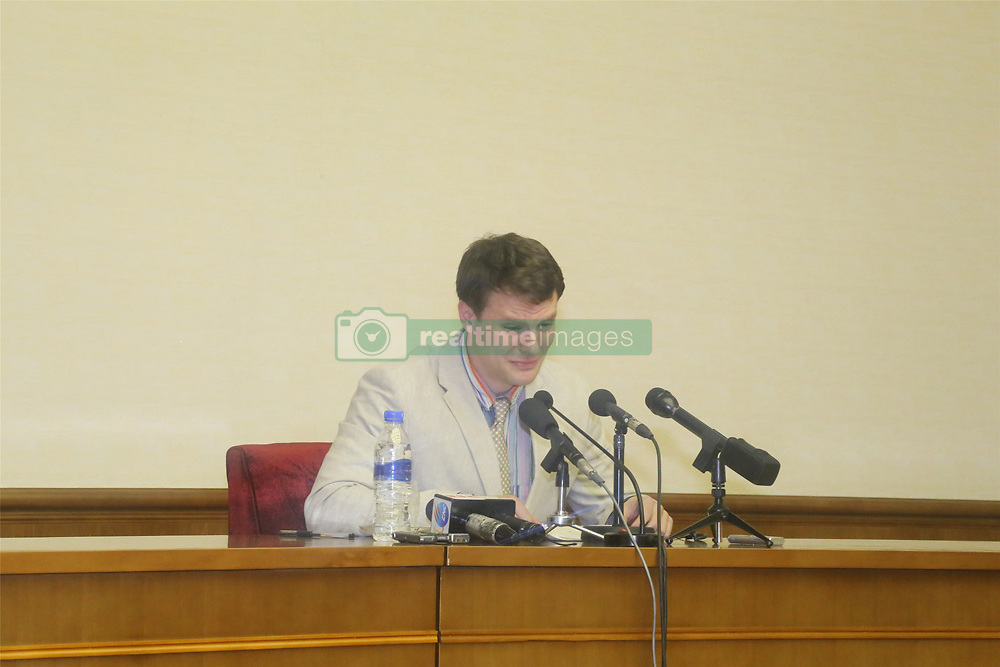