May 29, 2017 - London, UK - London, UK. 29th May 2017. The march by several thousand people through London from a rally in Cavendish Square to another at Downing St begins. They tell Theresa May that the public are against having a vote in Parliament on the fox hunting bill. Polls show that over 80% of the public in city and rural areas are against lifting the ban and many would support stronger measures and proper enforcement of the 2004 ban. Among those who spoke and marched was Prof Andrew King of the Animal Welfare Party who is standing against Theresa May in Maidenhead. Peter Marshall ImagesLive (Credit Image: © Peter Marshall/ImagesLive via ZUMA Wire) 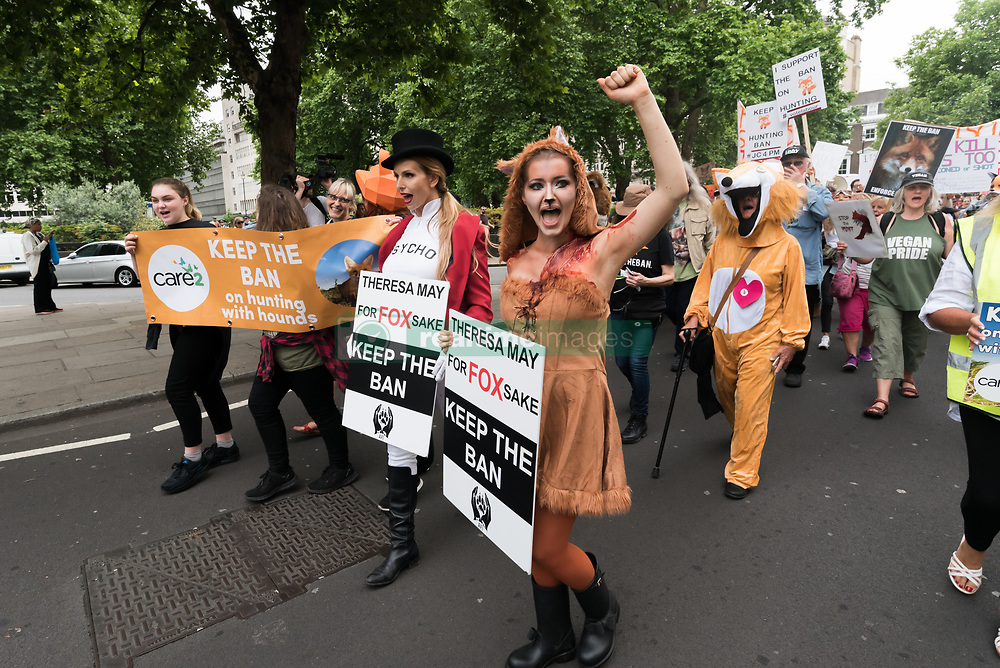