September 18, 2016 - Dhaka, Bangladesh - Tahera, 3, daughter of Abul Bajandar , touches her fatherâ€™s hand at a hospital bad in Dhaka, Bangladesh, September 18, 2016. Doctors carried out several operations to remove extremely rare epidermodysplasia verruciformis warts from his hands and legs. Abul, who was admitted to DMCH on January 30, has been suffering from an extremely rare genetic skin disease epidermodysplasia verruciformis, which is also referred to as â€œTree Man Disease.â€ The disease is caused by a defect in the immune system. It causes abnormal susceptibility to human papilloma viruses (HPVs), which eventually leads to the overgrowth of scaly macules and papules, especially on the feet and hands. Abul is the fifth person in the world reported to be suffering from the disease. (Credit Image: © Suvra Kanti Das via ZUMA Wire) 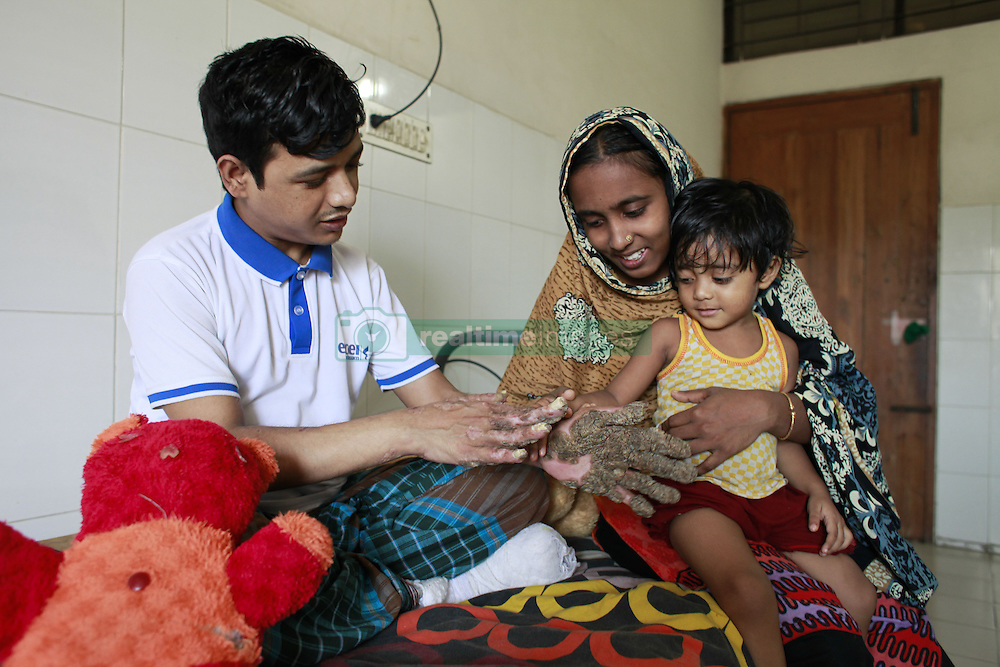